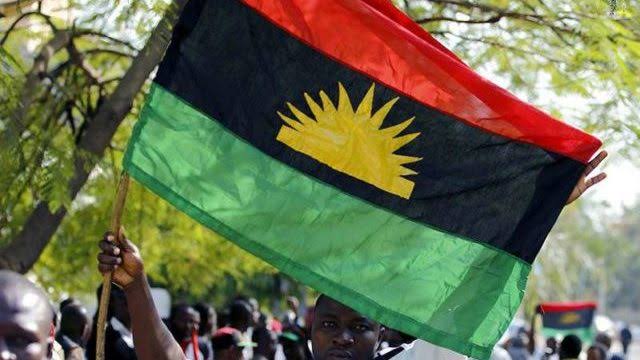 The Indigenous People of Biafra says it will resist any move to relaunch the regional security outfit established by southeast governors.

Recall that the president-general of Ohanaeze Ndigbo, George Obiozor, on Friday, said that the south-east governors had given assurances to launch Ebube Agu.

Reacting to the development, IPOB’s spokesperson, Emma Powerful, in a statement issued on Monday, said Ebube Agu will worsen the security situation in the region.

Powerful said, “We want to make it categorically clear to Ohaneze Ndigbo and its co-travellers that any attempt to re-establish Ebube Agu security outfit in the south-east will further worsen the precarious security situation in the zone.

“They should understand that our gallant Eastern Security Network (ESN) operatives have been sacrificing so dearly to secure our ancestral land.

“It is on record that south-east governors have ulterior motives in forming Ebube Agu security outfit and we have not seen them as a sincere outfit to secure or protect our mothers, wives and sisters in the whole of Biafraland.

“Prof George Obiozor and his Ohaneze Ndigbo should not take our calmness for weakness and cowardice. They should not test the will of our people because we have no confidence in Ebube Agu.

“The formation of Ebube Agu from every indication was to counter the efforts of our leader, Mazi Nnamdi Kanu towards Biafra restoration.

“South-east governors have no plan to protect our land but formed Ebube Agu to attack ESN and IPOB members. George Obiozor and Ohaneze Ndigbo should not set Igbo land on fire.

“ESN/IPOB are ready to resist them anytime they are re-launched, and Biafrans should hold George Obiozor and Ohaneze Ndigbo responsible for anything that happens.

“They will regret any attempt to resurrect or re-launch this treacherous outfit that has sabotaged our march towards freedom.”