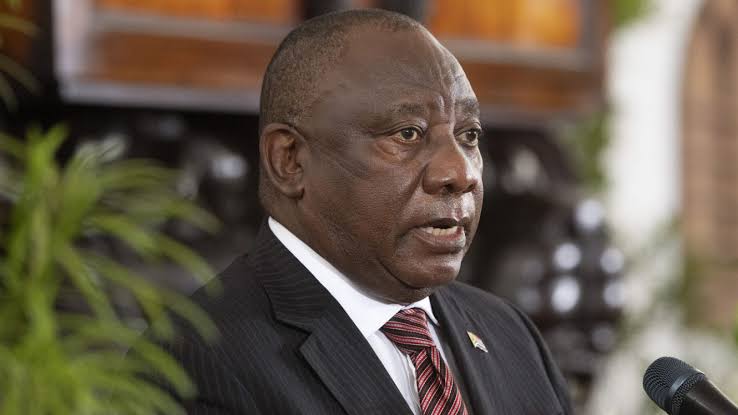 South African President Cyril Ramaphosa has recovered after a week-long battle with Covid-19.

President Ramaphosa despite being fully vaccinated, went into isolation last week Monday after he was confirmed positive with the virus.

Scientists say Omicron spreading twice as quickly as the Delta variation in South Africa, and two COVID jabs should cut the risk of dying from Omicron by 84%

It was gathered that the President became sick after leaving a state memorial service for former president FW de Klerk in Cape Town on December 12.

One week after, his office released a statement and said, “President Cyril Ramaphosa has ended a week of self-isolation which followed his positive test for COVID-19 on 12 December 2021.

“The President has returned to duty and will chair the final Cabinet meeting for 2021 on Wednesday, 22 December 2021.

“President Ramaphosa repeats his call for everyone in the country to stay safe by being vaccinated, wearing face masks, washing or sanitising hands frequently, maintaining a social distance and avoiding gatherings.”