For God’s Sake, Nigeria Is Not A ‘Banana Republic’ 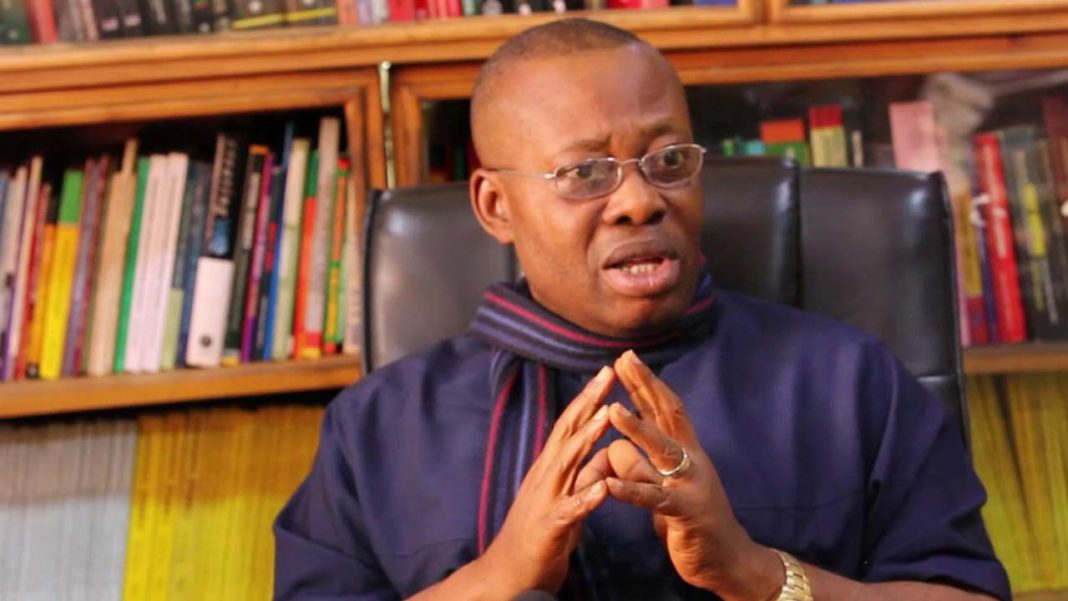 A few weeks ago, an alarm was raised by friends of one Abdulgafar Ahmad popularly known as Cute Abiola that he was missing after reporting for work at his office in Navy Town, Lagos.

Nigerians were shocked to learn after two days of being declared missing that it was his employers, the Navy that detained him for allegedly contravening the military laws by posting a video of himself in military uniform on social media, an act which is said to be in violation of the armed forces’ social media policy.

What irked many is the silence of his employers for two solid days after he was detained with no member of his family being aware of his detention or what has happened to him. The secrecy surrounding his detention by his employers and the reasons advanced for his ordeal smacks of an era of military regime where basic rights of the citizens are violated with impunity.

He was eventually freed after about 3 weeks in detention with no formal charge of any known crime defined by our criminal code. What appears more bizarre about his arrest, detention and release is the information given out by Naval Spokesman, Suleman Dahun that the comedian would face a “one month extra duty punishment” after facing trial. The Spokesman said that the skit maker will be in charge of cleaning, supervising painting, electricians, carpentry, cutting of grasses, and others. That “one month extra duty” was regarded as entirely naval administrative policy. Nobody is too sure whether he has finished serving the extra punishment as pronounced.

READ ALSO: FG to resolve 4 outstanding issues regarding the Nigeria-Cameroon border in 2022

When one thought that we have seen the worst concerning Cute Abiola’s case, yet another wild “drama” in terms of brazen violation of a right of a citizen is reported to be happening with one Private Hannah Sofiat who accepted marriage proposal with a male Corps member. The institution implicated here is the Nigerian Military Authority. Again this young female officer is said to have violated military rules and regulations.

She was detained after video clips of her being proposed to by a male corps member at the National Youth Service Corps orientation camp in Yikpata, Kwara State went viral on social media. One Captain M.M. Abdulahi, Kwara State NYSC Camp Commmandant was alleged to have ordered her detention in the detention facility in Ilorin pending further investigations.

Part of the offence she is allegedly guilty of includes but not limited to amorous relationship with a trainee, not yet eligible for marriage as she was expected to have served for three years before she can qualify for marriage and romancing while in army uniform plus other sundry offences.

Whilst one cannot interrogate the rights of these agencies to maintain discipline in their organisations, one is astonished at the alacrity with which these citizens are thrown into illegal detention for indiscriminate number of days with scant or no regard to the provisions of the constitution that guarantees several basic rights to the citizens including those who serve these Security institutions.

In case those who are in the leadership of these institutions have forgotten or are not in the know, may we remind them that (1) We are not under any military dictatorship but under civilian democracy since 1999.
(2) The provisions of the 1999 constitution as amended, particularly Chapter 4, guarantees right to personal liberty, right to fair hearing, right to dignity, right to movement etc. These rights are in existence and have not been abrogated.
(3) No one today can be punished of any crime in Nigeria that is not properly defined by our Criminal or Penal Code.

If these citizens who are employees of these institutions have committed any crime or breached any of their administrative rules or regulations, we demand fair, transparent and open trial process in accordance with the constituion of the Federal Relublic of Nigeria which is the grundnorm of our jurisprudence. Anything short of that, is unacceptable, illegal and remains questionable.

The human right community finds it difficult to accept the fact that a citizen can be taken hostage in an opaque manner and it has to take some days before the authority can confirm that they are the one holding the citizen hostage in their facility. So also is the idea of throwing a young military officer into detention simply because she accepted marriage proposal which is approved by God and laws of the land. Assuming but not conceding that she breached any of their regulations, can she not be punished without throwing her into detention for an indefinite period? What makes her marriage acceptance too offensive that warrants this draconian measures being meted out to her? Can’t our leaders and institutions sometimes play the role of “God” just as we see in other countries in forgiving people when their error is not too grave to affect national interest? Have the country descended into fascism and dictatorship where leaders are banishing joy, happiness and smiles as if we are in North Korea? Is Nigeria now a Banana Republic?

We hereby demand that the young military officer be released forthwith from her illegal detention with an apology for the undue embarrassment caused her and her prospective suitor. Peoples’ lives should not be destroyed under the guise of enforcing discipline. For the umpteenth time, may we remind ourselves that we are in a civilian democracy!
Dr Monday O. Ubani
Chairman NBA-SPIDEL.