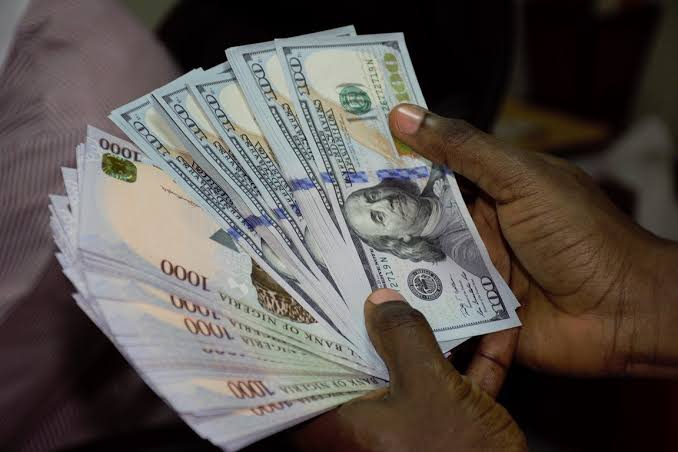 The US Dollar (USD) on Wednesday slipped against the Nigerian Naira (NGN), causing the Nigerian currency to gain marginally against the US dollar at the parallel market to trade at ₦565 per dollar as Christmas draws near.

The euro, Australian dollar and other currencies recovered against the US dollar as traders turned more positive about the economic outlook on Wednesday, even as Omicron cases rocketed and investors braced for more volatility.

This figure is ₦5 or 0.9 percent higher than the ₦570 it traded last week.

Street traders across forex markets in Lagos who spoke to TheCable on Wednesday quoted the naira at N565 to a dollar.

A parallel market (street market) is characterised by noncompliant behaviour with an institutional set of rules.

The CBN has consistently maintained that the parallel market represented less than one percent of foreign exchange (FX) transactions and should never be used to determine Nigeria’s naira/dollar exchange rate.

Data checks showed that the country’s foreign reserves have dipped by $53 million in the last 20 days.

Ahead of yuletide, it is expected that the Central Bank of Nigeria (CBN) will intervene at the forex market by pumping more dollars to avert sharp fall.

According to data on the CBN website, foregin reserves dropped from $41.1 billion at the beginning of December to $40.6 billion as at December 20.

On the official market side, the naira appreciated by 0.25 percent to open at N41.804 on Wednesday, according to data on FMDQ OTC Securities Exchange, a platform that oversees official foreign-exchange trading in Nigeria.

The Economic and Financial Crimes Commission (EFCC) had warned banks against selling foreign currencies to customers with no intention of travelling outside the country.

The euro, Australian dollar and other currencies recovered against the U.S. dollar as traders turned more positive about the economic outlook on Wednesday, even as Omicron cases rocketed and investors braced for more volatility.

Risk appetite has improved since Monday, when markets were rattled by government restrictions relating to the spread of Omicron, and after U.S. Senator Joe Manchin said he would not support a new fiscal spending package. read more

“The dollar is softening as risk-off impulses continue to ebb,” analysts at Brown Brothers Harriman said in a report on Wednesday, adding that “we are likely in a consolidative period for now given the lack of any major new drivers.”

The weeks on either side of Christmas are typically low in volatility for currencies and other asset classes, analysts at ING said, though “this year some seasonal tendencies will be mixed with the Omicron variant threatening to force new restrictions and markets still processing a week full of key central bank decisions.”

Turkey’s lira steadied and held its recent gains after a rollercoaster ride in which it charged back from record lows due to President Tayyip Erdogan’s new steps to guard Turks’ savings against volatility.