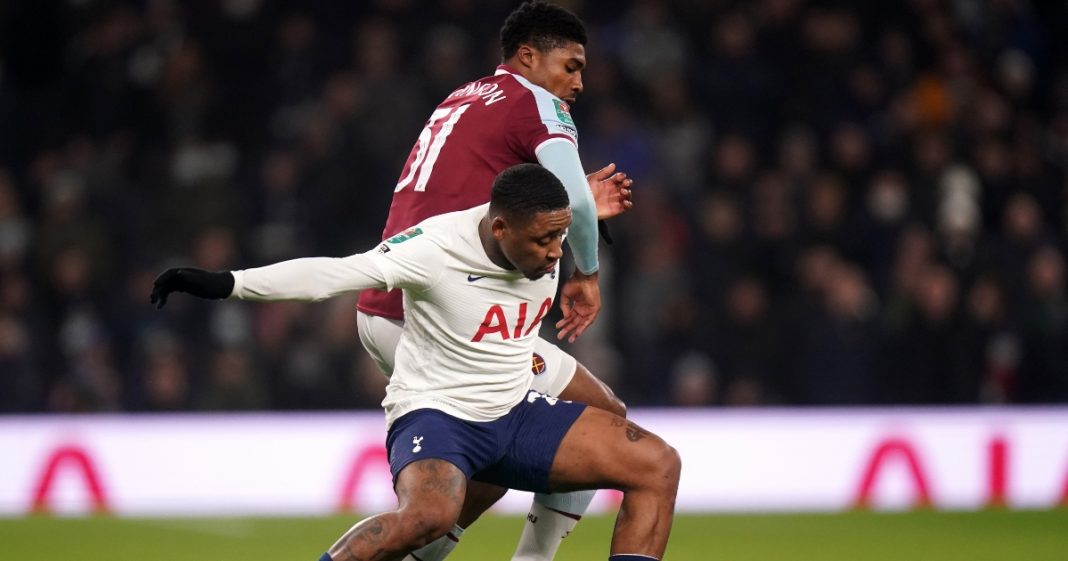 Tottenham edged past West Ham to secure a spot in the Carabao Cup semifinals on Wednesday evening.

West Ham responded minutes later through Jarrod Bowen, before Lucas Moura was left unmarked in the box to slot past Alphonse Areola.

Into the second half, Hugo Lloris saved bravely at the feet of Bowen before Heung-min Son wasted another good opportunity with a poor first touch.

Despite pushing, West Ham struggled to create any clear opportunities late on, with Spurs edging into the semi-final draw.

Meanwhile, Chelsea won 2-0 vs Brentford to book a place in the semifinals this evening.

Brentford had the better first-half chances but Kepa Arrizabalaga did well to stop efforts from Yoanne Wissa and Rico Henry.

Chelsea grew into the game after halftime and went close through Reece James before Ross Barkley’s shot deflected just wide.

But the eventual breakthrough came ten minutes from time when deflected into his own net, with Jorginho securing victory from the penalty spot late on.