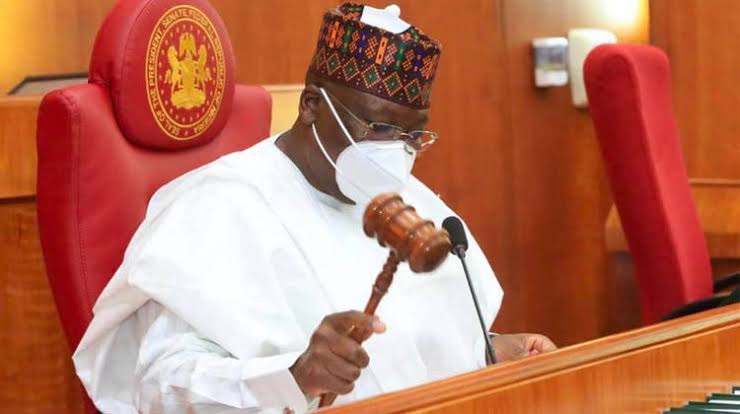 The Senate has passed a 2022 budget of N17.126 trillion against N16.391 trillion as presented by President Muhammadu Buhari.

The Senate while passing the bill on Wednesday increased the benchmark price of crude from $57 to $62 per barrel, from which a proposed increase in revenue is expected.

After the passage of the budget Senate President Ahmad Lawan commended the National Assembly for restoring the budget cycle back to January to December.

“We thank Almighty God for helping us achieve that,” Channels TV reported Lawan as saying.

“Let me commend this senate for standing tall. We are rounding the year on a very high note, we passed the PIB and it is not an act, something that was not passed for over 20 years.

“We passed the electoral bill but we know there are some reservations, so we will look at it with the house of representatives. I am sure that this Senate and the National Assembly has done a lot in legislative intervention,” he added.

The House of Representatives also raised and passed the exact figure on Tuesday.

The lawmakers made provision for 10 percent of monies recovered by EFCC and the National Financial Intelligence Unit to be utilised by the agencies for their operations, to strengthen their fight against corruption.

The budget deficit was increased by N98 billion to accommodate some other requests of national importance which have not been captured in the budget estimates and which could not be covered by the revenue increase.