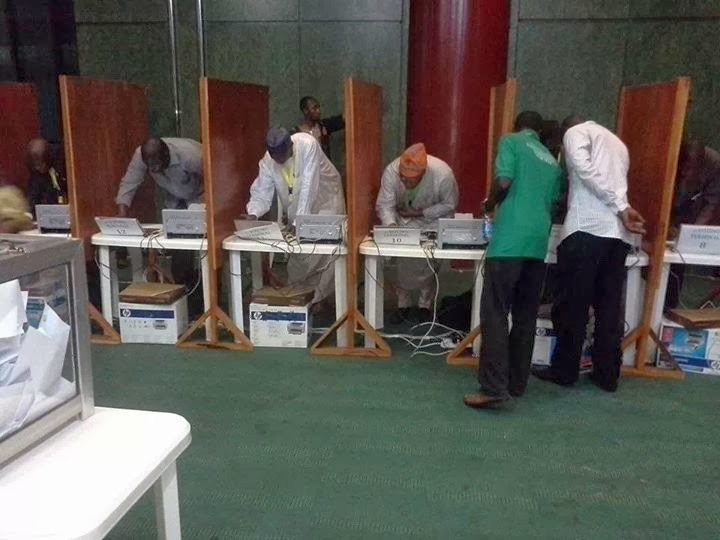 Babagana Mohammed, president of the Nigerian Society of Engineers (NSE), has cancelled a recent election of the organisation over an alleged “criminal cyber breach”.

The election was held on December 9.

Some people are said to have hacked the database of the organisation to manipulate the outcome of the election.

Addressing a press conference in Abuja on Wednesday, Mohammed said he had to nullify the election because the integrity of the society’s election process was being threatened.

The president said he ordered a rerun and invited the Department of State Services (DSS) to investigate the breach.

READ ALSO: How security will improve in 2022 – Nigerian Army

“It is with great trepidation that I inform you that the NSE election conducted on December 9 2021 was later discovered to have more flaws and criminal cyber breach that were not available when the result was approved at the Annual General Meeting (AGM),” he said.

“The unprecedented occurrence is threatening the integrity of our election process and integrity of the Nigerian Society of Engineers locally and internationally.

“As a responsible President who swore to uphold the ethics and integrity of the great and noble Nigerian Society of Engineers, I have no option than to declare the election conducted on December 9, 2021 cancelled and on behalf of the Council order a rerun of the election after provision of adequate security for the Society’s database.

“Also, in line with the society’s MEMART and 2021 Election timetable, aggrieved Members have appealed to the NSE Board of Trustees and NSE Election Appeal Panel but these two arms of the Society that comprises Past Presidents and Senior Members have not started their work.”

Mohammed said every member of the society should work together to restore the integrity of the NSE.

“I encourage my incoming President, Engr. T.S.G Wudil, FNSE, to continue to process to its logical conclusion because it is a matter of integrity not only for our Society but the Nigerian Nation. The election to be done in the first quarter of 2022 and no inauguration of the Executive Committee Members but only handing over to the President,” he said.