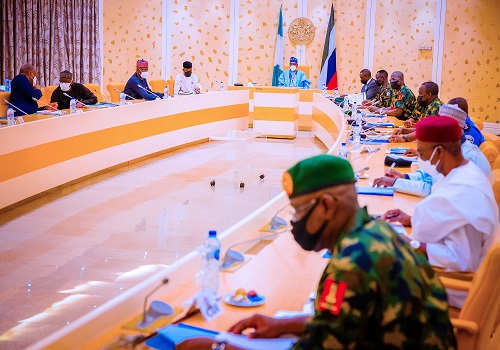 President Muhammadu Buhari is currently presiding over a security meeting at the Presidential Villa in Abuja.

This was after the swearing-in of the newly-appointed Minister of State for Works and Housing, Muazu Sambo, by the President.

The new Minister of State, a building engineer, had earlier this week been confirmed as a Minister-Designate by the Senate after being screened by the upper legislative chamber.

Although the agenda of the security meeting was not disclosed, top Presidency sources hinted that it would revolve around the rising spate of bandit attacks in some parts of the country, recently discovered threats, and plans to counter them.