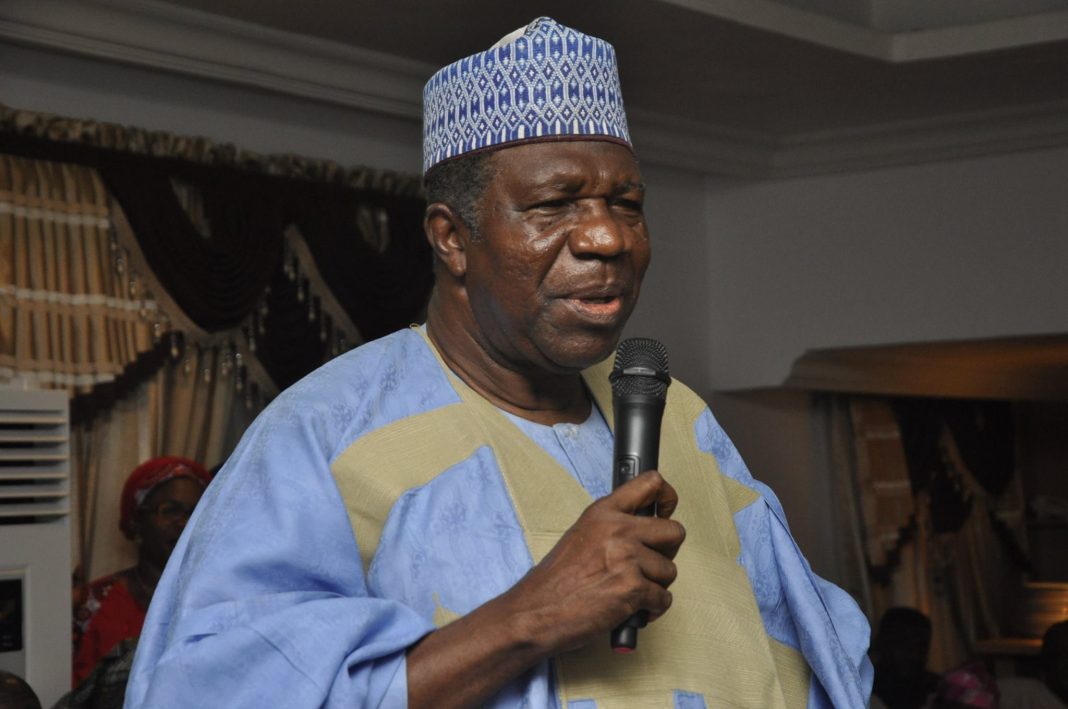 Ebute claimed that the governors, elected to lead their states, are “merely acting scripts of patriots during the day, but wear dangerous masks of bandits at night”.

The former Senate President made the allegation in his Christmas message titled ‘The gathering storm must not consume us’.

According to Ebute, Christmas provides an opportunity for everyone not only to demonstrate love towards their families but to other fellow citizens irrespective of religion or ethnic affiliations.

Calling for caution, Senator Ebute urged stakeholders to make peacebuilding a reality in 2022 and not engage in acts that are capable of destroying the nation.

The statement read: “Quite honestly, Nigerians, I am worried! And every patriotic Nigerian should also be nervous at the sustained insecurities in parts of the country which further threatens the prosperity and future of Nigeria. President Muhammadu Buhari, GCFR, has uncompromisingly done so much to secure the lives and property of Nigerians since the inception of his administration in 2015.

“My heart is weighed in sorrows! That I look behind the scenes and discover that even some serving Northern Governors are the forces backing festering insecurities in the region. What do we intend to gain from this ferocious wickedness of bloodletting of compatriots? Why are some Governors acting scripts of patriots during the day, but wear the dangerous mask of bandits at nights? If our leaders turn to betray us in bloodshed, we should be worried as a nation.

“I have stopped buying national daily newspapers or watching TV stations for news. And the reason is that once you submit to these home media, 80% of the news contents are about violence and killings in Nigeria. Even Somalia, Sudan, Syria and even Middle East countries are not so afflicted. Recent media reports have raised a lot of dusts on plots by some Northern Governors to destabilize the country.

“It is the vested political interests of these partisan actors to discredit President Buhari that has further escalated insecurities around parts of the Northeast, notably Adamawa and Bauchi states which have become the new havens of Boko Haram and ISWAP terrorists. I know, these political saboteurs’ have vowed that Buhari would not earn any credit on security in Nigeria. So, the fire is pushed beyond reasonable limits, far outstretching the Nigerian Military.”