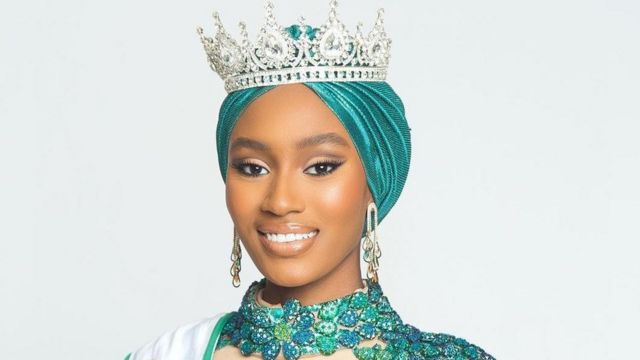 The Sharia Police in Kano state, also called Hisbah Board, has denied planning to invite Shatu Garko, the recently crowned Miss Nigeria, and her parents for participating in the beauty contest.

Recall that the Commandant-General of the board, Harun Ibn Sinai, had on Wednesday in an interview with journalists condemned the participation of Shatu in the pageant, noting that it was against the teachings of Islam and the northern culture.

Sinai said her parents would soon be invited to speak on why they allowed her to participate in the contest.

“We investigated and confirmed that the girl called Shatu Garko is from Kano State and is an indigene of the Garko Local Government Area of Kano State, where Hisbah is also working at.”

However, there has been public outcry over the move, which made the board backtrack.

Kibiya stated that the Hisbah board never at any time invited Shatu or her parents for questioning.

However, he added that the commander of the Shariah police, Haruna ibn Sinai, in response to questions by newsmen was the one that preached against the beauty contest, saying it is sinful.

Kibiya said, “We never at any time issued any instruction inviting her (Shatu) or her parents for questioning.

“Hisbah only preached against the immoral acts of nudity and revealing the forbidden parts of the body of a woman, which is sinful.”

Shatu made history by becoming the first hijab-wearing Miss Nigeria when she was crowned last week in Lagos.