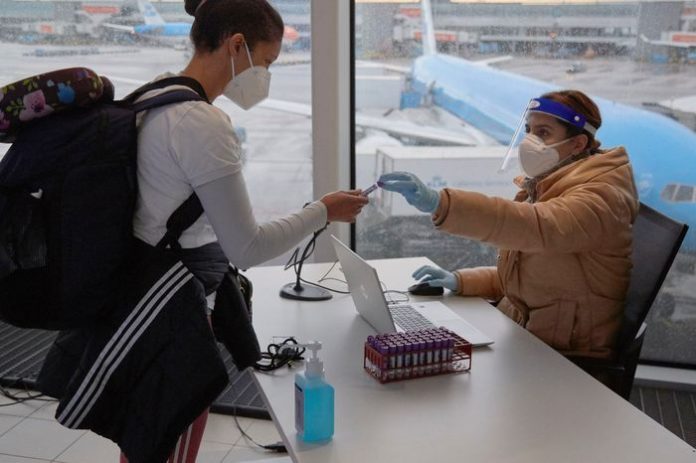 The United States will next week lift the travel ban imposed on several southern African nations when the Omicron variant of Covid was first detected, officials said on Friday.

Countries around the world restricted travel from southern Africa after the variant was detected in South Africa, which reported Omicron to the World Health Organization on November 24.

WHO and the United Nations spoke out against the travel bans, and officials in South Africa said they were being punished for identifying the strain and being transparent.

“The restrictions gave us time to understand Omicron and we know our existing vaccines work against Omicron, esp boosted,” Kevin Munoz, the White House assistant press secretary, said on Twitter.

He said the travel ban would be lifted on December 31.

A senior White House official added that with Omicron present across the United States and globally, international travelers from the eight affected countries would not have a significant impact on US cases.

“During the travel pause President Biden reduced the time for pre-departure testing to one day opposed to three days… travelers from these eight countries will be subject to these same strict protocols,” the official said.

Holiday festivities are expected to further drive up Covid cases in the United States where the heavily mutated Omicron variant is pushing some stretched hospitals — and exhausted health workers — to the brink.

Omicron now accounts for more than 90 percent of all cases in some regions of the country.

The seven-day average of new daily cases is about to pass the Delta peak seen in September, according to non-profit website Covid Act Now.

Intensive care units are running at near-capacity in some states.

US health authorities are banking on vaccinations to lower the number of severe Covid cases, and inoculation numbers have been strong all week.

President Joe Biden this week also announced the purchase of 500 million rapid tests by the federal government. However, the additional tests are not expected to be available until January.

Infection rates are soaring across South Africa as a result of the Omicron variant, but fewer people have died or required hospital treatment compared to previous waves of Covid, local health officials say.

Omicron is known to be far more contagious than previous variants of Covid-19 but appears to cause a less severe illness than its predecessors.