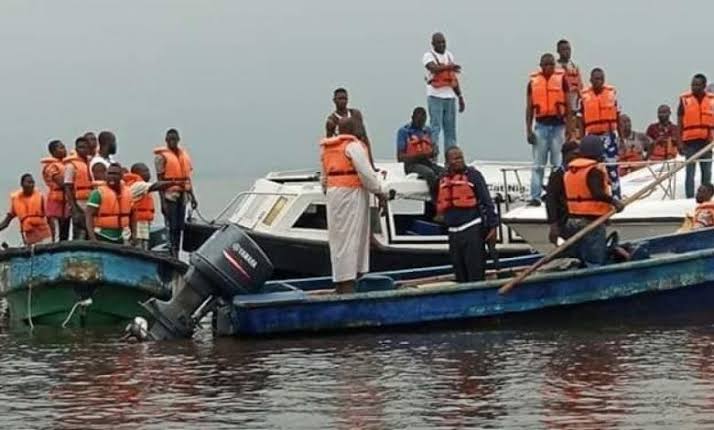 Three people got drowned while 17 others were rescued by Marine Police when a commercial boat capsized on Badagry waterways on Wednesday.

A police source told the News Agency of Nigeria that the boat took off from Liverpool in Lagos but capsized at Imoba near Ajido on Badagry waterways, following a mechanical problem.

“As the boat stopped suddenly, it capsized, throwing all the passengers on board into the water.

“It was at this point that the Marine Police on waterways patrol came to rescue them.

“At the end of rescue operations, 17 passengers, including three children, were rescued while three of them died in the water,” the source said.

He said that two of the three dead bodies were retrieved for burial by the bereaved families.

“Only one out of the three corpses was deposited at the mortuary of the General Hospital in Badagry,” he said.

Dr Tunde Bakare, Medical Director of Badagry General Hospital, also confirmed that one corpse of the boat incident was deposited at the mortuary.

“We don’t know about the remaining two corpses but the only woman they brought was dead and she is now in the mortuary,” he said.

Contacted, Mrs Nkechi Ajayi, Spokesperson for Lagos State Waterways Authority, told NAN that she was yet to be briefed on the incident.