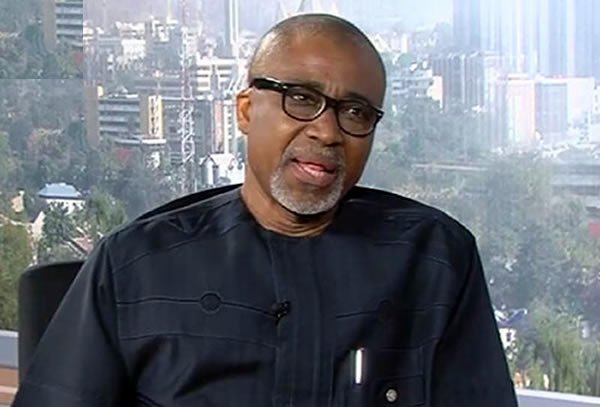 Reports have emerged that the Senator representing Abia South Senatorial District, Enyinnaya Abaribe, has informed Governor Okezie Ikpeazu of his intention to run for the governorship seat in 2023.

It was learnt that he will contest on the platform of the Peoples Democratic Party (PDP).

Rumours of Abaribe’s interest in succeeding Ikpeazu have been flying around in the state for a while.

Abaribe has yet to officially declare his interest in the race, The Nation reports.

It emerged on Saturday morning that Abaribe made his intention known to Ikpeazu, who also comes from the same local government as the Senator, during a meeting with the governor at the Abia Government House Lodge on Friday night.

The Senate Minority leader was said to have embarked on the visit with some Obingwa political stakeholders.

A source said, “Governor Okezie Ikpeazu was thrown off-balance when Senator Abaribe told him about his gubernatorial ambition because he had no idea why they wanted to seek an audience with him.

“We learnt that Senator Abaribe just called him to tell him (Ikpeazu) that he wanted to see him.

“The governor thought it was the usual Christmas homage.

“The twist is that we learnt that some of the stakeholders that came with Abaribe didn’t know his mission.

“They too were surprised when Abaribe made his intention known to the governor.”

Neither Abaribe nor any of his aides have confirmed this development.

But reports say the Senator will declare his plan soon.