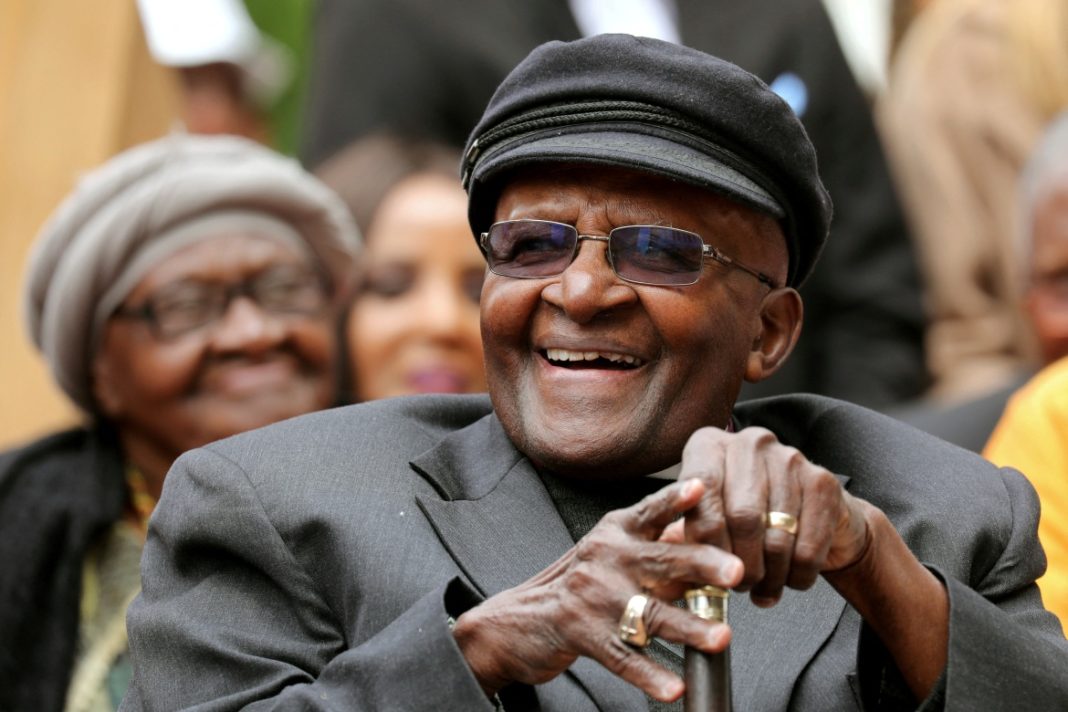 By Wisdom Deji-Folutile with Agency Reporters

There was an outpour of farewell messages and condolences from well-wishers all over the world as African icon Desmond Tutu passed on at 90 on December 26.

World leaders have taken to various platforms to commiserate the loss of the archbishop, expressing personal reflections of the significance of the life of the Nobel Peace Prize Laureate to the human race. Many also recounted lessons gotten from the life story of the theologian.

US President Joe Biden said Sunday he was “heartbroken” to learn of the passing of Desmond Tutu, but said the South African archbishop’s legacy transcends borders and will “echo throughout the ages.”

In a joint statement with First Lady Jill Biden, the president praised the “courage and moral clarity” of the anti-apartheid icon who has died aged 90.

Describing the archbishop as an inspiration to generations across the world”, the secretary-general said that he was saddened by Tutu’s death.

“Archbishop Tutu was a towering global figure for peace and an inspiration to generations across the world.

“During the darkest days of apartheid, he was a shining beacon for social justice, freedom and non-violent resistance.

“Archbishop Tutu’s relentless determination to build global solidarity for a free and democratic South Africa was fittingly recognised by the Nobel Committee in its decision to award him the Nobel Peace Prize in 1984.

“As Chairman of the Truth and Reconciliation Commission, he made an immeasurable contribution to ensuring a peaceful, yet just transition to a democratic South Africa,” Guterres said.

Britain’s Queen Elizabeth II on Sunday said she was “deeply saddened” by the death of Desmond Tutu, calling him a “man who tirelessly championed human rights in South Africa and across the world.”

“I remember with fondness my meetings with him and his great warmth and humour,” she said in a statement, adding that his death “will be felt by the people of South Africa, and by so many people in Great Britain, Northern Ireland and across the Commonwealth, where he was held in such high affection and esteem.”

President Buhari said the “historic role” Archbishop Tutu played in the fight against apartheid, “enduring physical assaults, jail terms and prolonged exile”, took him beyond the pulpit to global, political relevance, and that his position, under President Nelson Mandela, in heading the Truth and Reconciliation Commission provided healing and direction for his country and the world.

Tutu was a South African Anglican bishop and theologian, known for his work as an anti-apartheid and human rights activist. He was the bishop of Johannesburg from 1985 to 1986 and then the archbishop of Cape Town from 1986 to 1996, in both cases being the first black African to hold the position.