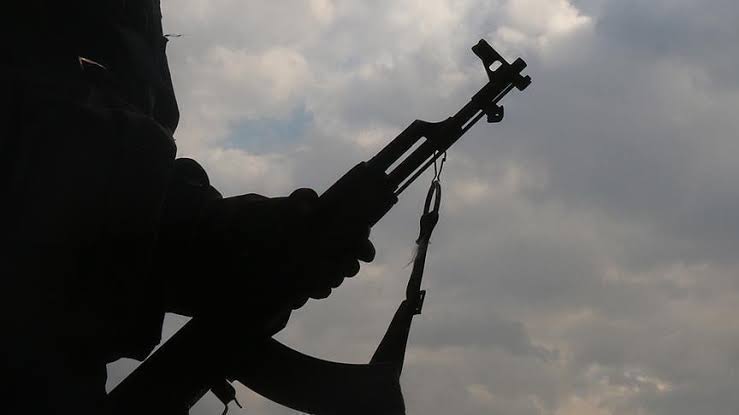 The two victims were said to be on a motorcycle when they were kidnapped.

One of the victims, simply identified as Ajankoro, a cocoa merchant, and the motorcyclist conveying him were said to be on their way from Ilupeju-Ijan to Ijan-Ekiti when they were accosted by the bandits who kidnapped them and whisked them away to an unknown destination.

ASP Sunday Abutu, the Ekiti Police command spokesperson, when contacted, said he had not been briefed on the development.

He promised to speak to the press once he confirmed the report.

In a related development, some suspected gunmen who kidnapped a traditional chief in Ijan-Ekiti, Gbonyin Local Government Area of Ekiti State on Thursday, have demanded the sum of N20 million to free their victim.

The development, NAN gathered, is coming barely 72 hours after the victim and a traditional chief, Emmanuel Obafemi, the Odolofin of Ijan-Ekiti, were kidnapped.

A family source, who preferred anonymity, said the kidnappers called on Friday night and demanded the amount before they could release the victim.

“They have called to ask for this huge amount of money before they can set him free, the amount is so exorbitant, and we don’t know how to source the fund.

“We only pleaded for his safe release from their den. It’s still a sad Christmas for us, as the breadwinner of our family has been taken to an unknown destination and his whereabouts cannot be ascertained,” the source said.

When contacted on the development, the Commandant of Amotekun Corps in Ekiti State, Brig Gen Joe Komolafe (retd), said he was not aware of the ransom being demanded by the abductors.

He said his men are working round the clock to ensure that the victim is released unhurt.

“I’m not aware of ransom demanded by the bandits, all I know is that our men have been deployed to the areas where we suspected the gunmen might have used as their hideout,” he said.

Komolafe advised residents of the community to volunteer timely and useful information that can lead to the arrest of the bandits.