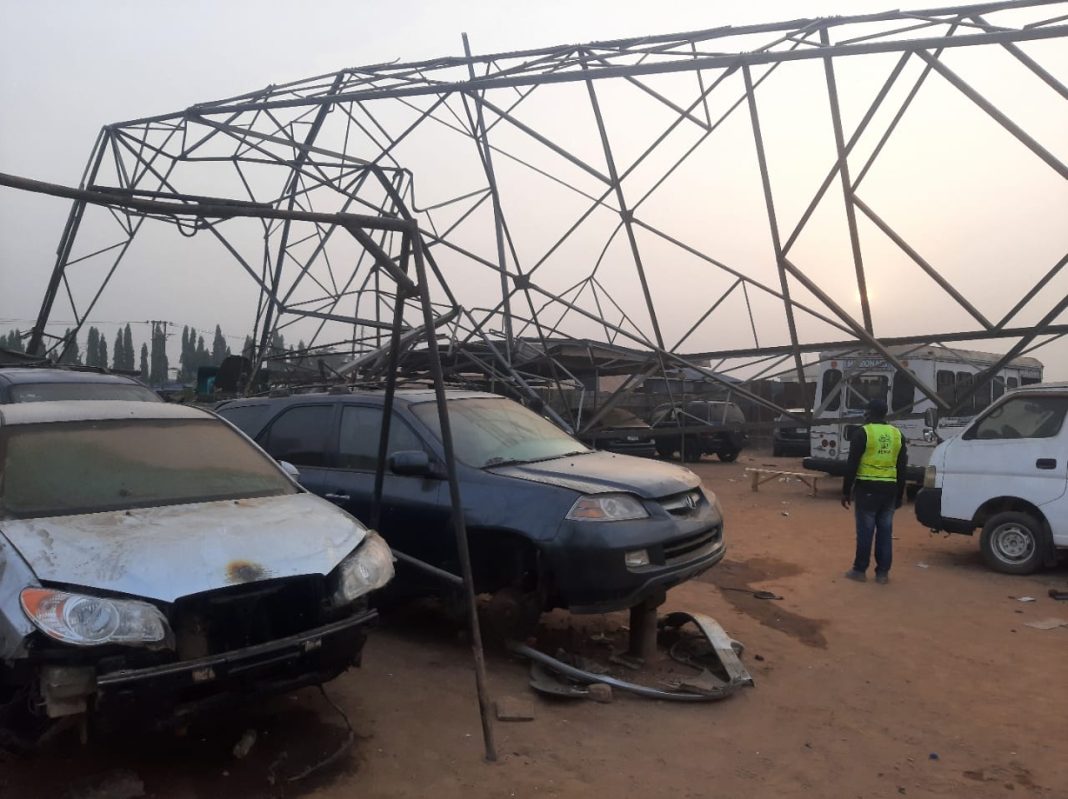 The Transmission Company of Nigeria has said the inferno in Lagos that led to the collapse of five high-tension towers on Friday was caused by petroleum products pipeline vandals.

The inferno erupted from a vandalised pipeline in Isheri Olofin, off Igbando-LASU Expressway and it caused massive damage to the 330KV Ikeja-West Akangba Transmission Line 1.

TCN’s spokesperson, Mrs Ndidi Mbah, who disclosed this in Abuja explained that the inferno burnt a large portion of the electrical conductor.

Mbah stated also that the inferno triggered a resistant pull on the high-tension towers along the line route, causing five of them to collapse.

“The incident which is estimated to have occurred at about 12:29 am on Friday burnt a wide portion of the 330kv transmission line which wheels 145mw of bulk power to the Akangba substation. The transmission towers affected are the two closest to the site of the inferno and three across the Lagos canal.

“As a result of the incident, there is a major reduction of bulk power wheeled to TCN’s 330/132/33kV Akangba Transmission Substation in Lagos. The substation takes supply from two different 330kv transmission lines, with the second being the redundant line,” the News Agency of Nigeria quoted her as saying.

She added that the TCN was successfully back-feeding the substations affected by the towers’ collapse, while engineers were patrolling the second 330KV transmission line which tripped as a result of the incident.

This, she explained, was to ensure it had no fault before it was energised.

“Once it is energised, supply will be restored to all the substations affected by the incident from the second 330KV transmission line. The load carried by the burnt 330KV line will now be transferred to the second line,’’ she also explained.

Mbah lamented that the incident was a major setback to TCN’s efforts at implementing grid expansion and stability under its Electricity Grid Maintenance, Expansion and Rehabilitation Programme.

According to her, the repair of the five towers and restringing of the 330KV transmission line was a major and expensive project.