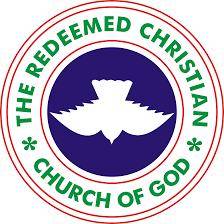 The Assistant General Overseer, Administration and Personnel, The Redeemed Christian Church of God, Pastor Johnson Odesola, has told Nigerians to put their hopes and trust in God and not man as men cannot solve the problems of the country.

According to a statement from the church, he said this at the RCCG Headquarters, Throne of Grace, Ebutte-Metta, Lagos, during the week.

“Politicians are after their interests. They enjoy free food with government money and do not spend their own money. Anyone who thinks that ‘man’ can solve the problem of the nation is living in self-deceit and that deception can even lead to tragedy,” he remarked.

He, however, assured Nigerians that the siege of bad economy and insecurity among other woes bedeviling Nigeria would soon be a thing of the past and will be followed by songs of victory.

Odesola, who doubles as the Continental Overseer, East Africa, said, “The siege is over and will be followed by songs of victory is a prophetic statement which would come to pass and anyone who stands in the way of the prophecy will have himself or herself to blame because God is ready to take Nigeria to the next level.”

Lamenting the pains Nigerians are going through, the AGO decried the politics of ‘deception, selfishness, power play, wickedness and callousness’ that is being played by politicians which, according to him, is ‘stifling economic growth and depriving people of good governance in terms of social investment and welfare’.

He called on the government to ‘go back to those things which the past government used to build Nigeria’ such as cocoa in the West, oil in the South, groundnut and cotton in the North, adding that now that the era of oil boom is no more, it is time for the nation to diversify and embrace agriculture and make it attractive to the younger generation.

On the removal of oil subsidy, Odesola tasked the government to embark on policies that will favour the country’s economy and be in the best interest of Nigerians, adding that the government should be ‘transparent and faithful’ in the oil subsidy, knowing fully that prices of goods and services are going to hit the roof, thereby making life miserable for already hard-hit Nigerians by government policies.