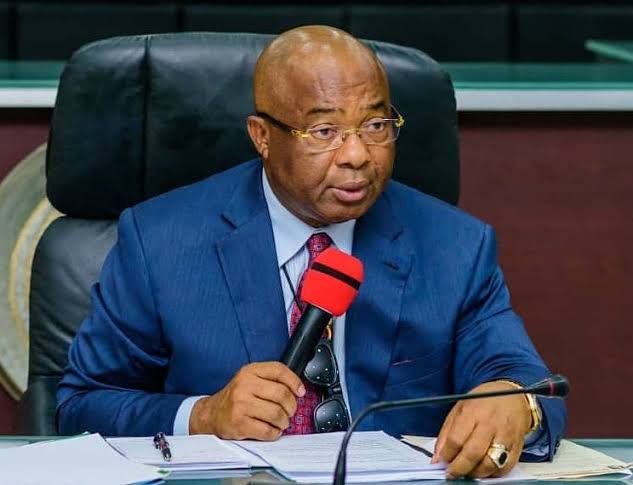 The Imo State Government on Sunday asked a former governor of the state, Rochas Okorocha, to stop making “false claims” over the arrest of his son-in-law, Uche Nwosu.

The state Commissioner for Information and Strategy, Declan Emelumba, while briefing journalists at the Government House in Owerri, said that neither Okorocha nor his son-in-law was “above the law.”

Emelumba urged Okorocha to allow the police who arrested Nwosu to “do their job”.

He said that Okorocha was panicking because he has a guilty conscience and was afraid that the law might catch up with him.

Emelumba said it was wrong for Okorocha to accuse the state governor, Hope Uzodimma, of masterminding the arrest of Nwosu.

He said that the state government and the people of the state would not succumb to the sentiments he said Okorocha were whipping up.

“He should allow the police to do their job. Okorocha should know that police have the right to arrest anybody. This is a man who converted a university built with Imo people’s money to personnel use but this government has recovered it for Imo people.”