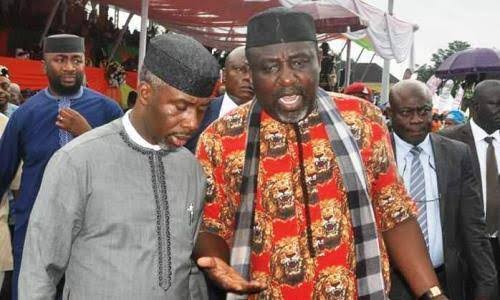 Uche Nwosu, the governorship candidate of Action Alliance in the last Imo election, has regained his freedom.

According to eyewitnesses, the arrest was conducted by the police in a Gestapo manner which made people initially suspect that Nwosu was captured by kidnappers.

It was learnt that Nwosu, who once served as a commissioner in Imo State, was released without any charges on Monday.

He was reportedly let go around 2 am.

Also confirming his release, Nwadike Chikezie, an aide to Nwosu, in a statement, said he had spoken with his boss.

Chikezie said his boss expressed gratitude to those that stood with him.

He said, “I have spoken with him and he extended his greetings to all of us out there.

“While we await police report on why the abduction and arrest, we call on everyone to remain calm and focused because God is in charge of the whole situation.”