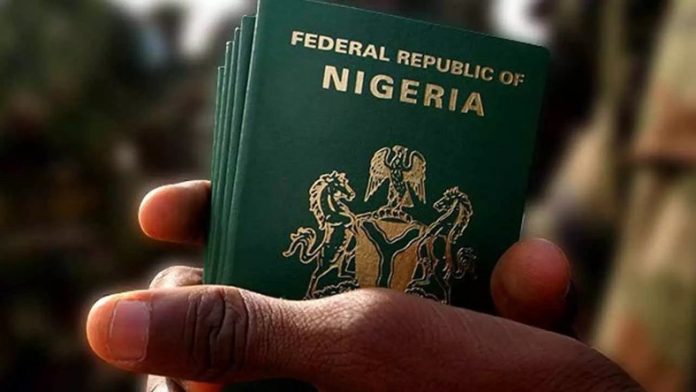 The Nigerians in Diaspora Organisation, Europe (NIDO-Europe), Italy Chapter, says about 1.5 million out of its 3 million registered members in Italy are affected by the scarcity of Nigerian passports.

Mr George Omo-Iduhon, chairman of the chapter, said this in an interview with the News Agency of Nigeria (NAN) on Monday while reflecting on the activities of NIDOE in Europe and Italy.

NAN reports that NIDOE is recognised as the official platform through which Nigerians in Diaspora can channel their development efforts in Nigeria.

According to Omo-Iduhon, there are more Nigerians In Italy than in other European countries and the registered Nigerians according to database are 3 million asides undocumented ones.

“One of the major problems faced by Nigerians living in Italy is a shortage of Nigerian passports that can help facilitate their movement and work permit.

“The Nigerian government should help address this nagging problem because Italy serves as the gateway to other countries in Europe, especially for Nigerians.

“About 1.5 million Nigerians in Italy don’t have passports, even some of those that have been accepted by the Italian government have not been issued Nigerian passports which makes it difficult for them to work,” he said.

Omo-Iduhon added that the supply of 500 booklets of passport to the Nigerian embassy in Italy was grossly inadequate to serve the number of Nigerians resident in Italy.

“Using the same sharing formula for all the counties in Europe can not work in Italy where we have more Nigerians.

“We are appealing to the relevant government agencies and our amiable Minister for Internal Affairs, Rauf Aregbesola to help us address this issue.

“The Chairman of NIDCOM, Mrs Abike Dabiri has also been of great assistance to us,” he said.

Omo-Iduhon told NAN that the body had a change of regime in July after an election, adding that the new management is poised to improve the welfare of Nigerians in Italy.

“We just had our elections in July this year, the first thing we have set out as a team is the improved welfare of Nigerians in Italy. This is a paramount interest to us.

“We are also liaising with the Nigerian embassy in Italy to make them do the right thing at the right time and importantly, our mandate in bringing investors from Italy to Nigeria,” he said.

He said that the organisation was committed to growing Nigeria’s economy, adding that members must try their best to return home to build Nigeria.

According to him, most Nigerians in Italy have legitimate businesses and Italians have been great hosts to them.