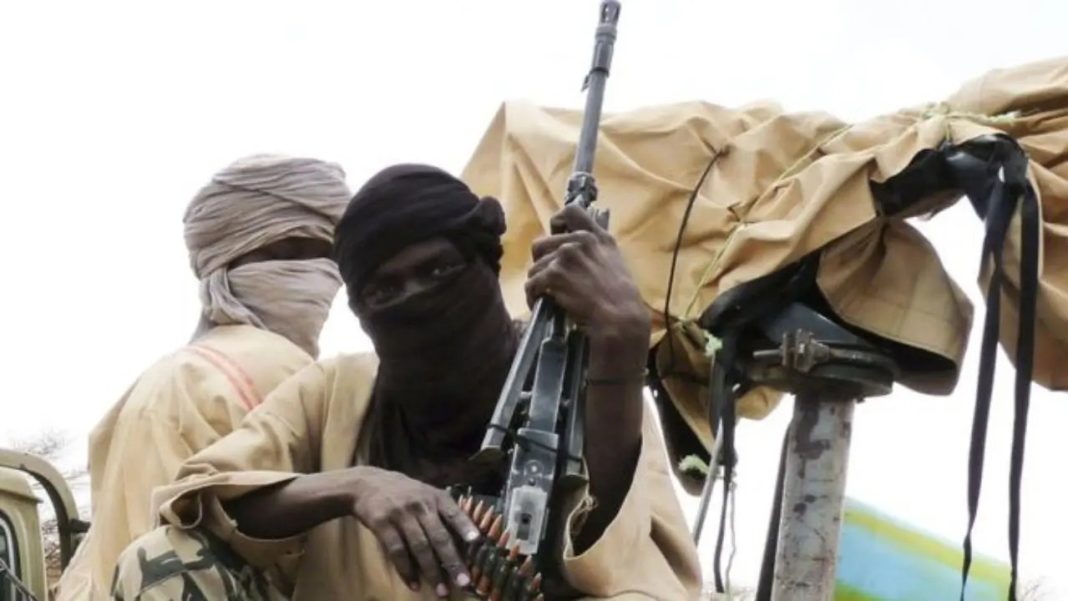 Bandits have killed 10 people and abducted 33 women in seven villages in the Gusau Local Government Area of Zamfara State.

AF24news learnt that other residents fled to Gusau town for safety, as there were no security agents in the villages to combat the bandits.

An indigene, Malam Shehu Kura, who escaped to the Damba area in Gusau, told our correspondent that the bandits, who were on motorcycles, moved from village to village on Sunday, looting shops and houses.

He stressed that the hoodlums operated for many hours in the seven villages without the intervention of security agents.

Kura said, “They were in the area for many hours; they searched from house to house, looking for food items and other valuables.”

The witness said the bandits abducted 33 women and carried away a lot of food items.

“They abducted 10 women from Kura village, nine from Bayawuri, seven from Gana and another seven from Doma,” he added.

The resident also explained that 10 people were shot dead by the bandits when they tried to escape, while several others sustained injuries.

Kura explained that the people of the seven affected villages fled to Gusau town, adding that most of the victims were squatting in unfavourable conditions due to lack of accommodation.

He said, “Most of us sleep outside or in open places despite the harsh condition of the harmattan because we have no other alternative.”

He appealed to the authorities to come to their aid, lamenting that most of the victims were women and children.

The state Commissioner of Information, Alhaji Ibrahim Dosara, could not be reached for comments on the incident.

The commissioner, however, told the BBC Hausa Service that he was only aware of the attack on Geba village, adding that security agents had been drafted to the village.