Nigeria achieved a feat on 25 October when it became the first African nation to launch a digital currency, the eNaira. Only the Bahamas, Grenada, Saint Kitts and Nevis, Antigua and Barbuda, and Saint Lucia have done that earlier.

President Muhammadu Buhari, at the eNaira launch in Abuja, said, “The adoption of the central bank digital currency and its underlying technology, called blockchain, can increase Nigeria’s gross domestic product by $29 billion over the next 10 years.”

“Therefore, Nigerians should expect to see additional functionalities in the coming months, including accessibility and onboarding of customers without BVN (Bank Verification Number), and the use of the eNaira on the phone without the internet will further drive financial inclusion, making Nigeria one of the first countries in the world to deploy the CBDC via USSD on phones without relying on internet connectivity; onboarding of revenue collection agencies to increase and simplify collections; creation of sector-specific tokens to support the Federal Government’s social programmes and distribution of targeted welfare schemes in a bid to lift millions out of poverty by 2025,” CBN governor Godwin Emefiele said.

However, after the euphoria of the eNaira launch, findings by AF24News revealed that many Nigerian merchants and citizens have yet to start using the digital currency.

The two applications were rolled out on Google Play and Apple Store for Android and iPhone users, respectively.

Released on 22 October and last updated on 3 November, the eNaira app has seen a slow adoption by Nigerians, according to checks by AF24News.

Details of the analytics showed that the eNaira speed wallet for iPhone users increased from 75 countries penetration on October 28 to 81 countries in 10 days.

The apps’ ratings are currently rated around 2 on App Store and Google Play Store. (Ratings are calculated based on the app’s current quality ratings from users’ reviews, rather than the lifetime-average value of user reviews). 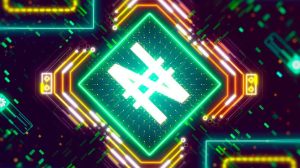 An official at a Lagos-based oil and gas company with petrol stations spread across the city said they have yet to adopt the eNaira as the board of directors has yet to approve it.

“We accept transfers and cards but for the eNaira, we have yet to start using it because it is not yet a law from the top. I know that the QR code is a faster way of making transactions and authorising payments. Also, since bank transfers and mobile banking apps perform about the same functions, the eNaira has not yet become popular as no customers even demand to use it,” the official told our correspondent.

At a supermarket in the Ikeja area of Lagos, the manager, Mrs Ojewunmi Titilayo, said no customer had ever offered to pay with the eNaira, which was why it had yet to be adopted at the store.

She said, “We’ve heard about eNaira. At least, we saw the launch on TV, but no one is offering it. Our customers use cash, bank transfer, and POS.

“As for eNaira, maybe we will adopt it when people start using it, and we will see how successful it is. We may consider it but I don’t see it happening so soon.”

A customer at Titilayo’s store, Vincent Ajayi, said he has no need for eNaira as it is “a duplication of functions and baseless innovation.”

“What I can do with a mobile banking app is the same thing the eNaira proposes to achieve, so there’s no need for it,” he said. “Perhaps the government should start using it to pay their workers if they want it to work.”

“You can’t launch a project and not promote or make sure it works,” he added.

The CBN said one of the purposes of the eNaira is to promote financial inclusion. One of the advantages listed by the CBN in its Design Paper for the eNaira is that the eNaira will provide “a clear means for the government to send direct payments to citizens eligible for specific welfare programmes more rapidly than through other means” without the need for an intermediary.

The eNaira is also aimed at boosting in-bound remittances by providing a cheaper, more secure and faster way for Nigerians in the diaspora to send back money. Remittances to Nigeria amounted to over $17.2bn in 2020, according to the World Bank.

Also, a recent eTranzact data revealed that 150 million of Nigeria’s 200 million population owned mobile phone lines and that about 70 million active mobile line owners in Nigeria do not have bank accounts.

Mr Toluwalope, while speaking on ‘Technology as a Tool for Financial Inclusion in Nigeria: A Fintech Approach,’ at the Capital Market Correspondents Association of Nigerian (CAMCAN) 2021 Annual Workshop held early December in Lagos said the utilisation of technology would democratise capital market access and participation.

“We can directly expand the current digital savings and investments offerings to leverage the capital market for increased returns,” he said.

He added that for financial inclusion to thrive, the sector would need collaboration of players in the private and public sectors.

He noted that the Central Bank of Nigeria as well the Securities and Exchange Commission (SEC) had taken a number of steps to drive financial inclusion – including the launch of the eNaira in October.

Is the eNaira synonymous with cryptocurrencies?

The Central Bank Digital Currency, (CBDC) differs from cryptocurrencies in being regulated and therefore subject to banking laws. Digital currencies are issued by a central authority and are therefore trusted by traders. The CBN issued its regulatory guidelines for the eNaira on 1 October.

“CBDC is defined as a digital payment instrument, denominated in the national unit of account, that is a direct liability of the central bank… [while in contrast] cryptocurrency is built on blockchain technology which ensures the decentralisation of the creation, regulation, and use of cryptocurrency through the use of decentralised computer networks.

“Furthermore, the blockchain technology on which cryptocurrencies are built makes them anonymous. In contrast, while transactions in eNaira will be made anonymous by the CBN, it will still have access to information provided by users and be able to trace transactions,” explained Oturo and Omoniyi.

“As the eNaira has the same value as the physical naira, its value will rise or fall in relation to the dollar in the same way as the fiat currency. It is therefore unlikely to be as volatile as a cryptocurrency. Some cryptocurrencies – known as stablecoins – are pegged to currencies, but none are backed by governments,” the analysts added.

Mr Johnson Chukwu, the founder and Managing Director of Cowry Asset Management Limited, also explained recently that the eNaira, though shares similarities with cryptocurrencies in the sense that both are virtual, the digital currency is backed by the good faith of the central bank – a quality cryptos do not possess.

“For every unit of the digital currency you, the central bank can give a physical naira,” he said.