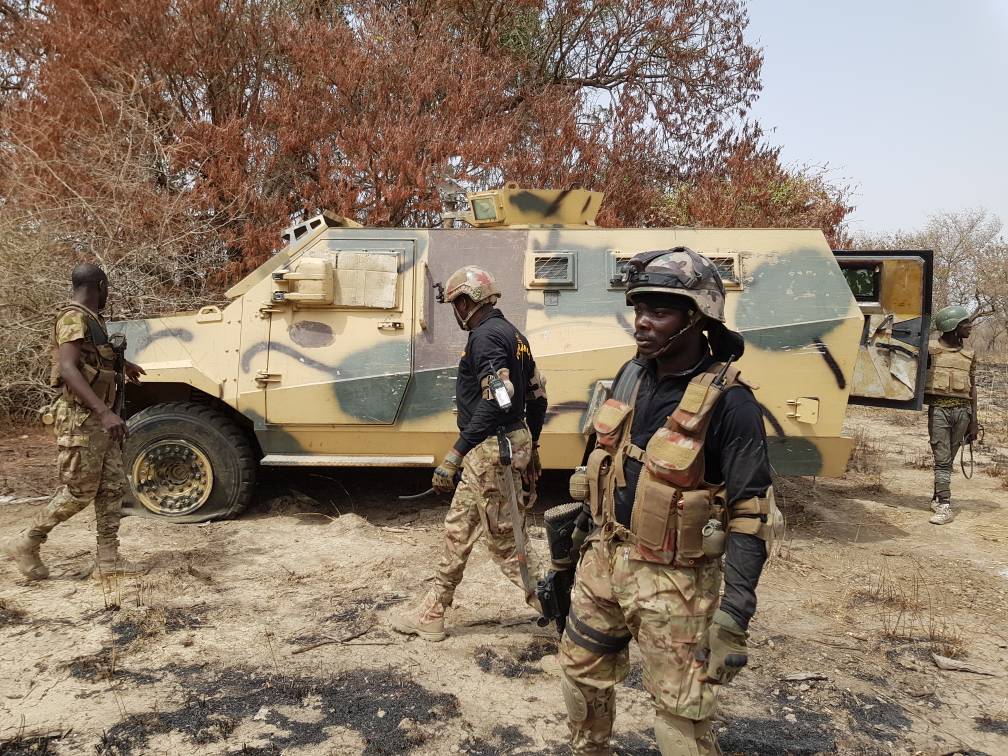 This is contained in a statement by the Director, Army Public Relations, Brig.-Gen. Onyema Nwachukwu, on Saturday in Abuja.

Nwachukwu said the troops of 5 Brigade, Sector 3 while consolidating on their dogged push recorded a decisive victory against the terrorists on Friday.

He said that the gallant troops while conducting clearance operations, code-named “Operation Dominance I,” came in contact with the insurgents at an illegal market operated by the terrorists in Gallo Malawari Village.

“In the fierce encounter, three BH/ISWAP terrorists were neutralised, while others, bowing to superior firepower retreated in disarray.

“Troops recovered one AK 47 Rifle, a truck, two motorcycles, four empty magazines and rounds of 7.62mm ammunition amongst others,” he said.