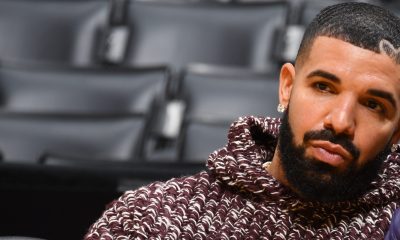 Canadian rapper, Aubrey Drake Graham, better known as Drake, has dropped a subtle reply after an IG model accused him of pouring hot sauce in a used condom after spending the night with her.

Drake and the Instagram model reportedly met two weeks ago and agreed to connect. After a night of partying, the pair returned to the hotel, smoked marijuana, and agreed to have sex.

According to sources, when the Instagram blogger agreed to get personal with Drake, he went to the bathroom and emerged wearing the condom, ready to rock the lady in bed. Drake went to the restroom to discard off the condom after a pleasant night in bed.

The Instagram model was alleged to have retrieved the condom out of the trash bin, untied it, and attempted to insert it, but felt a searing pain after she inserted the used condom.

“She dug out the condom from the garbage, unwrapped it, and inserted the opening end into her v*gina. She would be in for a rude awakening! It was like pouring molten lava into her p*ssy, she claimed,” a blog toomuchhottea reported.

“Drake dashed into the bathroom after hearing her yell. He confessed that he used a packet of hot sauce to kill the sperm in the condom.” 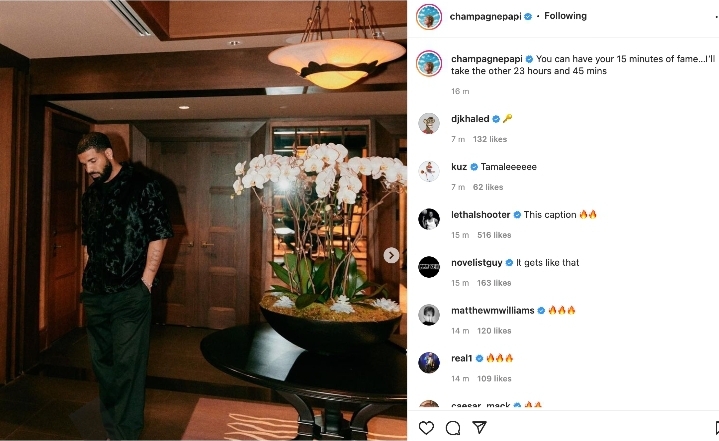 Drake has however reacted to the claims of the IG model and has posited that the lady is chasing clout with her shocking claims.

Taking to his Instagram page, he shared a photo of himself with the caption, “You can have your 15 minutes of fame…I’ll take the other 23 hours and 45 mins.”