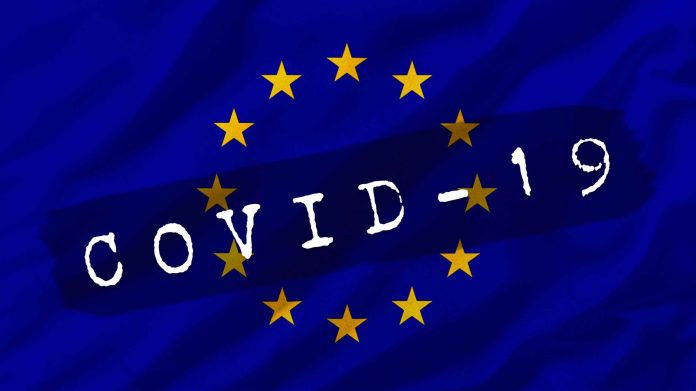 There are growing calls in Europe for Covid-19 to be treated as an endemic illness like the flu despite strong warnings from global health officials that the pandemic is far from over.

Spain’s prime minister, Pedro Sanchez, is the latest European leader to stick his head above the parapet by suggesting it’s time to reevaluate Covid. He called on the EU to debate the possibility of treating the virus as an endemic illness.

“The situation is not what we faced a year ago,” Sanchez said in a radio interview with Spain’s Cadena SER on Monday, as Spanish schoolchildren returned to their classrooms after the holidays.

“I think we have to evaluate the evolution of Covid to an endemic illness, from the pandemic we have faced up until now,” he added. Sanchez said it was time to open the debate around a gradual reappraisal of the pandemic “at the technical level and at the level of health professionals, but also at the European level.”

Sanchez’s comments mark something of a departure from fellow leaders on the Continent, however, with most of them focused on the immediate challenge of tackling alarming numbers of Covid cases caused by the omicron variant, which is highly infectious but widely appearing to cause less severe illness more akin to a cold than the flu symptoms seen with earlier variants.

France, for example, has been reporting more than 300,000 new daily cases in recent days and Germany reported 80,430 new infections on Wednesday, the highest recorded in a single day since the pandemic began, according to Reuters.

Sanchez’s comments echo those made in the U.K. by politicians last year with Prime Minister Boris Johnson telling the British public that they would have to “learn to live with the virus.”

With that in mind, the British government has had to hold its nerve in recent weeks by not introducing new restrictions on the public, despite what Johnson described as a “tidal wave” of cases caused by omicron.

The U.K.’s Education secretary, Nadhim Zahawi, told the BBC on Sunday that the country was on the road “from pandemic to endemic” as the government said it could reduce the period of self-isolation for vaccinated people who test positive for Covid from seven days to five (as with the latest guidance in the U.S.) to alleviate staff absences in the workplace and the massive economic disruption caused by Covid.

With omicron cases appearing to fall in the United Kingdom (despite the number of infections remaining at high levels), Britain’s strategy could have helped it overcome an omicron peak sooner rather than later with one public health expert saying the U.K. will be one of the first countries in the world to emerge from the pandemic.

Speaking at a seminar Monday, professor David Heymann of the London School of Hygiene and Tropical Medicine said that “the U.K is the closest to any country in being out of the pandemic if it isn’t already out of the pandemic and having the disease as endemic.”

WHO warns no ‘endemicity’ yet

Many epidemiologists and virologists have stated that Covid — which first emerged in China in late 2019 before spreading around the world, causing more than 313 million cases to date, and over 5 million deaths — is here to stay and will become an endemic disease eventually.

That means that there will be persistent but low-to-moderate levels of Covid in any given population in future but that the virus should not be causing excessive levels of infection or spreading from country to country (which would make it a pandemic again).

The World Health Organization is warning that it’s too soon to consider Covid an endemic disease, however. It cautioned Tuesday that the global outbreak is far from being at an endemic stage as it estimated that more than half of the people in Europe and Central Asia could be infected with Covid in the next six to eight weeks as omicron spreads.

Speaking at a press briefing on Tuesday, Dr Catherine Smallwood, a senior emergency officer at WHO Europe, said it’s too soon to suggest the world is moving into an endemic phase of Covid.

“In terms of endemicity, we’re still a way off, and I know there’s a lot of discussion around that right now,” Smallwood said.

“Endemicity assumes that there’s a stable circulation of the virus, at predictable levels and potentially known and predictable waves of epidemic transmission,” she said.

“But what we’re seeing at the moment coming into 2022 is nowhere near that, we still have a huge amount of uncertainty, we still have a virus that’s evolving quite quickly and posing new challenges so we’re certainly not at the point of being able to call it endemic. It might become endemic in due course but pinning that down to 2022 is a bit difficult at this stage.”