[AFCON 2021] Cameroon vs Ethiopia: Match facts and how to watch 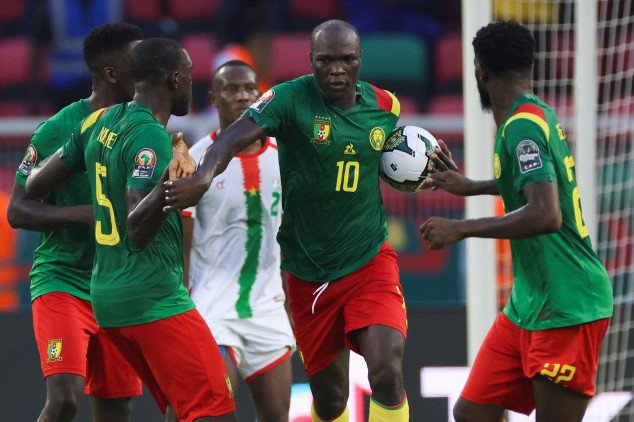 Host Cameroon will be in action again in their second match. The Indomitable Lions will book a place in the knockout phase with a win, even though a draw could also suffice.

READ ALSO: AFCON: I’m not thinking about any record ahead of Sudan clash, says Eguavoen

Cameroon and Ethiopia’s only previous AFCON encounter was in the group stages of the 1970 tournament. Cameroon won 3-2.

Having come from behind to beat Burkina Faso in their first match (2-1), Cameroon are looking to win their opening two games to an AFCON edition since 2006 (3-1 vs Angola and 2-0 vs Togo).

Cameroon are unbeaten in their last seven group stage games at the Africa Cup of Nations (W3 D4), since their last such defeat in January 2015 (0-1 against Côte d’Ivoire).

After losing (1-0) to Cape Verde in their first match of AFCON 2022, Ethiopia are now winless in their last nine AFCON matches (D3 L6), the longest current such run among teams in this year’s edition.

Having scored in his last two Africa Cup of Nations appearances (three goals in total), Cameroon’s Vincent Aboubaker is looking to become the first player to net in three consecutive games in the tournament for the Indomitable Lions since Samuel Eto’o in January 2008 (five in total).