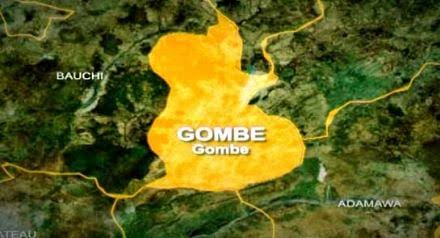 Speaking at a press briefing in Tal, the Community Development Association Chairman, Isuwa Garba, said the security situation of the area was becoming unbearable, adding that the mainstay of the people was threatened due to the consistent attacks.

This call is coming on the heel of the state government’s reaction, issued by the Commissioner for Internal Security and Ethical Orientation, that the alleged killings were based on farmer/herder clash, noting that efforts were on to stem the security challenges caused by the crisis.

According to the Tal community, the attacks in Pandi Kame, Lawumau – Ayaba and Popandi all happened at midnight.

He said, “How would any sensible and responsive government call that a mere “clash”? Clash on what? A heritage Tangale people share with them or what?

“We are appealing to the federal government to intervene because presently as we are discussing we have corpses not buried. Our life and property are not safe.

“The community still insist that it was not just an ordinary attack but a well planned and coordinated series of attacks with evidence of some form of support from high places. Now, the government has given us the idea that they know the attackers whom they claim were on ‘transit’ or Migrant.”

The community also called for the transfer of the Divisional Police Officer in charge of Billiri over alleged varying degrees of compromise.

“The Divisional Police Officer (DPO) for Billiri has continued to exhibit his sentimental attitude against the Tangale people. Because on 12th December 2021, when Pandikame was attacked, he refused to respond to a distress call by a community leader, until when a call was put to the Area Command before he was instructed to visit the scene.

“Even on arrival at the scene, seven hours after the attack, he asked the villagers not to take the law into their hands, while they watch a corpse killed by the attackers. It is on this note that we demand his immediate transfer from Billiri because his continuous stay constitutes as clear supervision of carnage over the Tangale people,” the chairman said.