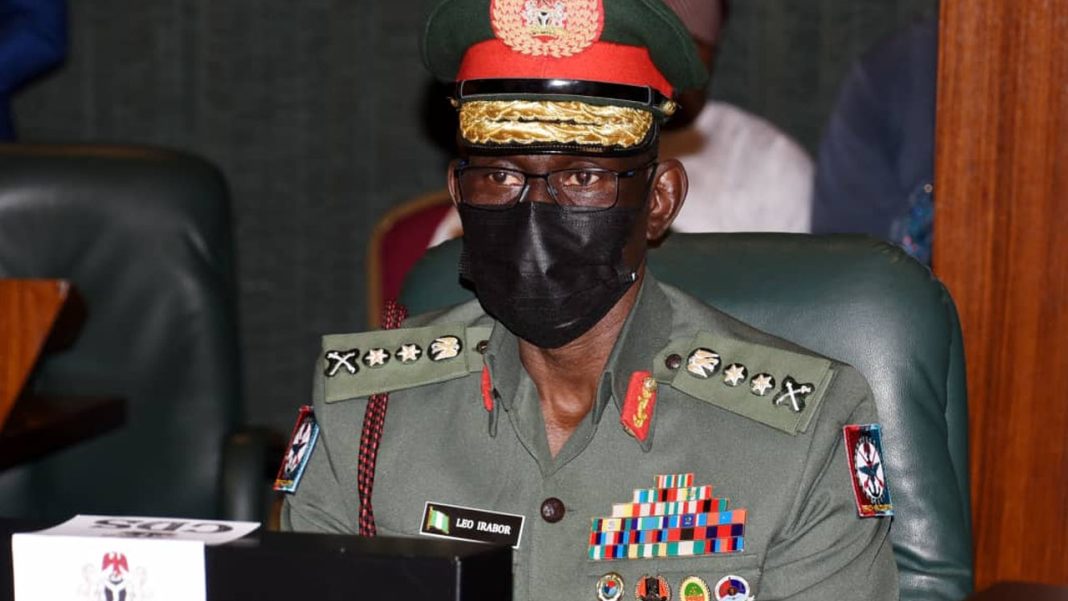 The Chief of Defence Staff, General Lucky Irabor, has stated that tackling insecurity has been increasingly difficult because “there are stakeholders who must (first) be assessed.”

Irabor said this on Friday during an interview with Sunrise Daily, a breakfast morning show of Channels Television. The show which was monitored by our correspondent was tagged, ‘Collectively tackling insecurity.’

Nigeria is currently faced with a series of terrorist attacks by bandits who have killed many in northern Nigeria, especially in the northwestern states of Kaduna, Plateau, and Zamfara, where 200 were killed recently.

The federal government on 5 January declared bandits as terrorists after a court gave the order.

Irabor said tackling terrorism is a lot to deal with as there were consultations to be made before certain military actions could be taken.

The general said “there are “stakeholders”; and engagements outside the shores of the country” engaging the military.

“We will strengthen the synergy that exists. I’m so proud of the service chiefs we have,” he added.