AFCON: Dominant Super Eagles soar to Round of 16 with 3-1 victory over Sudan (Match Highlights) 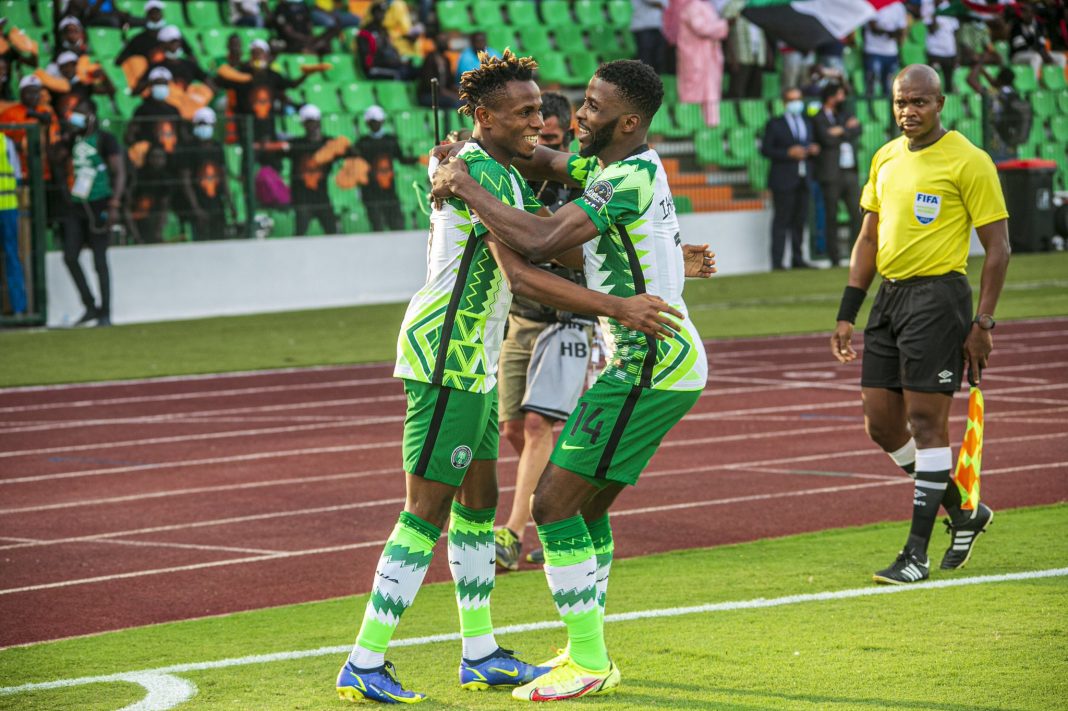 Nigeria’s national team, the Super Eagles, have won Sudan 3-1 in their second group stage game of the 2021 Africa Cup of Nations.

The Eagles, proving that their opening game dominance vs Egypt was not a fluke, flew out of the gates with intensity, opening the scoring in the 3rd minute through a Samuel Chukwueze strike.

The winger repaid Nigeria interim head coach Augustine Eguavoen’s faith in him by putting up a spirited display in the first half.

After a barrage of missed chances, the Eagles struck again just before halftime, with Taiwo Awoniyi nodding the ball into goal in the 45th minute.

A skilful Moses Simon tripled Nigeria’s lead 35 seconds into the second half.

Before the commencement of the second half, Alex Iwobi replaced Samuel Chukwueze.

Nigeria continued to dominate affairs in the second half, creating and squandering multiple chances until The Falcons of Jediane (Sudan) attempted a late rally after scoring a penalty in the 70th minute to reduce Nigeria’s lead to 3-1.

Aina had fouled a Sudanese player when VAR awarded a penalty to the Falcons. The Nigerian defender was also booked a yellow card.

Nigeria and Sudan are meeting for the third time at the Africa Cup of Nations, but it’s their first encounter at the tournament for 46 years.

Following a draw in their opening match against Guinea-Bissau (0-0), Sudan have managed just one win in their last 14 Africa Cup of Nations games (D6 L7), dating back to the 1972 edition.

Nigeria won their opening game (1-0 against Egypt) to an Africa Cup of Nations for the second tournament running, having failed to win their first match in four of their previous five appearances (W1 D1 L3).

The Super Eagles have now won their opening two matches in two consecutive Africa Cup of Nations tournaments for the very first time.