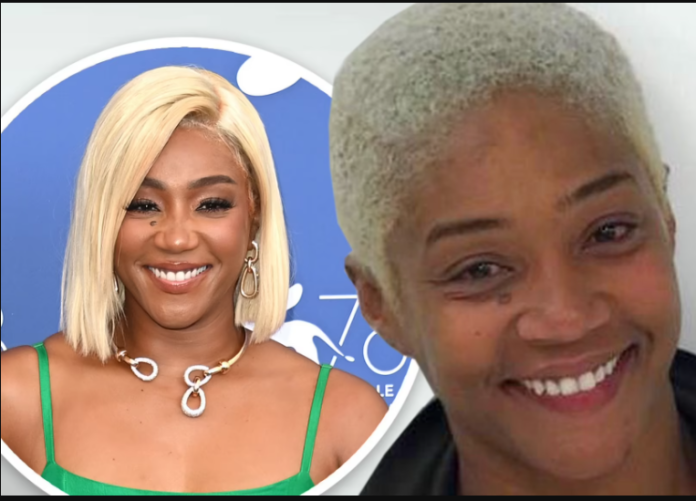 The actress and comedienne, 42, was allegedly found ‘dozing in the driver’s seat’ of her car early on Friday morning, January 14, according to a report from TMZ.

In her mugshot, Tiffany appeared unbothered as she could be seen smiling as she went makeup-free.

Tiffany Haddish smiles in mug shot following her arrest for DUI after allegedly falling asleep at the wheel.

The star has been in Georgia to shoot the film Haunted Mansion with co-stars Owen Wilson and Rosario Dawson for Walt Disney Productions.

Officers told the site they believed that she had been smoking marijuana.

The site also looked at her arrest record which noted she had posted $1,666 to bond to get out of jail around 6:30 AM.

The arrest took place around 4 am eastern time in Georgia, it was claimed.

Police approached the star’s vehicle after a concerned citizen had called about a woman sleeping in her car.

After officers woke her up, she was arrested for suspicion of a DUI as well as stopping on a roadway in a manner that was not safe for traffic.

It was also claimed that when police officers spotted her vehicle, she was just pulling off the road. By the time they looked in her window, she had allegedly already been resting.

Tiffany was taken to police headquarters and was in custody for ‘a few hours,’ according to the site. She seemed to be in custody from 4 am to 6:30 am.