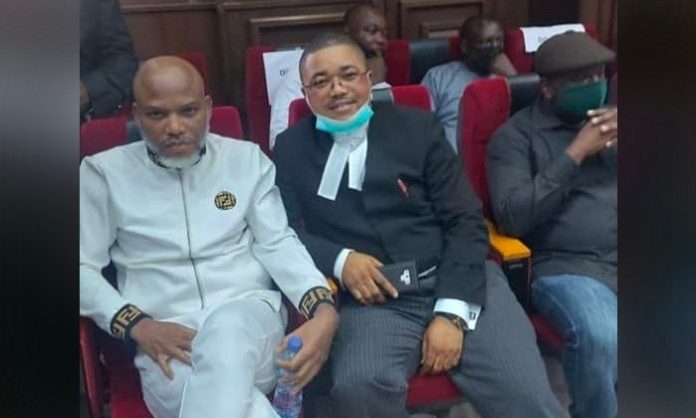 The Federal Government may today (Wednesday) open the trial of the leader of the proscribed Indigenous People of Biafra, Nnamdi Kanu on the terrorism charges after his formal arraignment.

AF24news understands that exhibits likely to be tendered against Kanu by the government have been brought to the courtroom where the arraignment is scheduled to hold today.

Also, electronic equipment comprising various cameras have been brought to court and being inspected by the lead counsel to the Federal Government, Shuaib Labaran.

Kanu has just been brought into the courtroom exchanging pleasantries with his lawyers led by Mike Ozekhome (SAN).

Similarly, family members of the Biafran leader including a nursing mother have taken their seats in the courtroom.

A representative of the British High Commissioner billed to watch the trial for the United Kingdom has also been allowed into the courtroom.