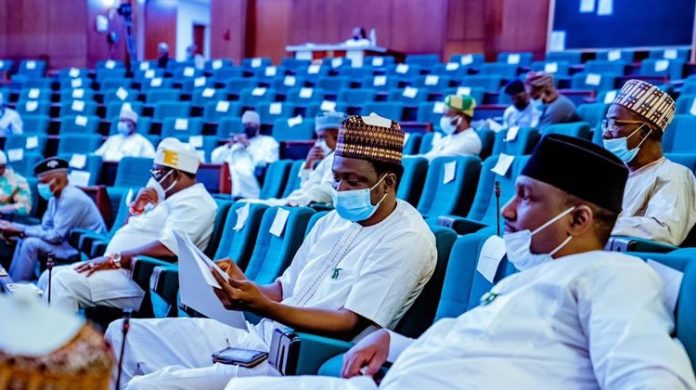 The House of Representatives is investigating the alleged collection of illegal charges imposed on contractors by Ministries, Departments and Agencies of the Federal Government, which go as high as 25 per cent of the project cost.

At the plenary on Thursday, the House unanimously adopted a motion titled ‘Need to investigate unlawful administrative charges and levies by Ministries, Departments and Agencies in the award of contracts,’ resolving to set up an ad hoc committee to carry out the probe.

The member, Kpam Sokpo, who moved the motion, noted that the National Assembly makes laws for the peace, order and good government of the country to ensure the welfare and security of every Nigerian.

According to him, the most critical component of the annual budget is the capital and recurrent expenditure estimates approved by the National Assembly for the provision of critical infrastructure and to cater for national priority projects.

The lawmaker noted that the various MDAs are mandated by the Appropriation Act of each year to execute such provisions on projects, by awarding contracts to qualified and competent companies and entities, in line with extant laws while maintaining fairness, reliability, transparency, accountability and ethical standards in the process.

Sokpo said, “The House is disturbed by the alleged arbitrary, indiscriminate and unlawful administrative charges, levies and contract fees charged by Ministries, Departments and Agencies of the government, ranging from five per cent to 25 per cent of contract sums to be paid by contractors to officials of the MDAs.

“The House is also disturbed that such charges by the MDAs are unlawful, fraudulent and clear cases of corrupt practices as such monies, when collected, are not remitted to government coffers.

“The House is further aware that when contractors are compelled to pay such advance fees, there is the high tendency of not keeping to the terms of the contract as such projects are often abandoned or poorly executed.”

Adopting the motion, the House resolved to “set up an ad hoc committee to investigate alleged cases of indiscriminate and unlawful administrative charges on contracts and such percentage charges on project implementation by Ministries, Departments, and Agencies of the Federal Government from 2010 to 2021, and report back within 12 weeks for further legislative action.”