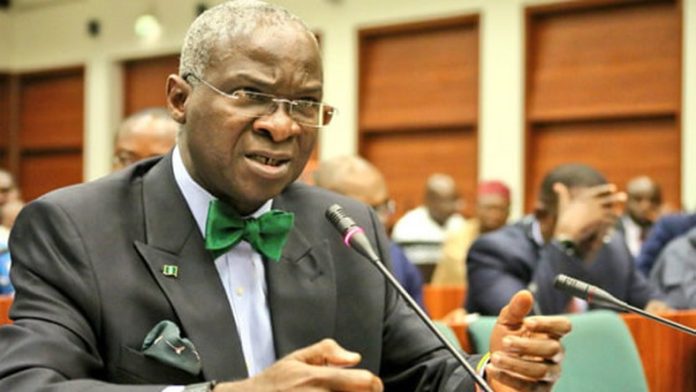 The Minister of Works and Housing Babatunde Fashola has clarified the statement attributed to him in the media that Nigeria’s achievements in Infrastructure has surpassed that of the United States.

He explained that such news were a deliberate misreporting of his clear statement of fact and a campaign of lies by the main opposition as the 2023 elections draw near.

According to a statement by the Special Adviser on Communication to the Minister, Hakeem Bello, Fashola said: “The first point to make is that I didn’t say that Nigeria’s infrastructure was better than America’s infrastructure because certainly anybody who knows what he is doing will know that America is a much richer nation, their infrastructure is well ahead of Nigeria.

“What I was talking about at the presentation with the All Progressives Congress (APC) Youth Ministerial Conference was about the challenges of infrastructure and that it is universal, every country commits to infrastructure as a legitimate way to create work, to grow the economy and distribute wealth as we have seen here.

“That’s the first point I was making, and that in a democracy you always need the Parliament to authorize what you spend on infrastructure, and so I was making the comparison that Buhari has been able to get his Parliament to authorize his spending, and that is why we were even able to gather here (at the Special Ministerial Conversational Conference). But that the American government is struggling to get authorisation from their own parliament to start what we are already doing. I didn’t say our infrastructure is better than theirs.