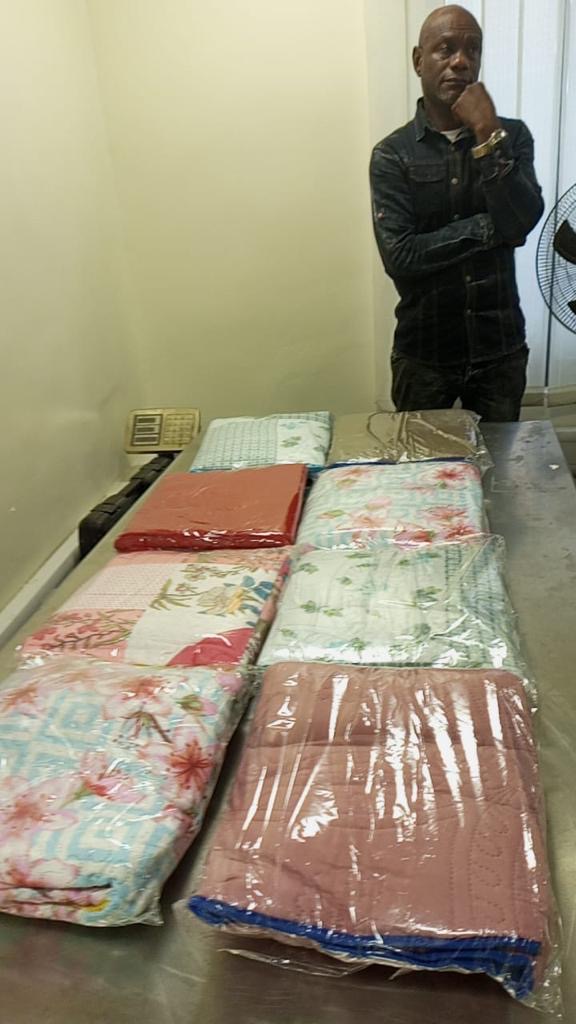 No less than 101 parcels of Cocaine concealed in eight children’s duvets have been intercepted by operatives of the National Drug Law Enforcement Agency, at the Murtala Muhammed International Airport, Ikeja, Lagos. 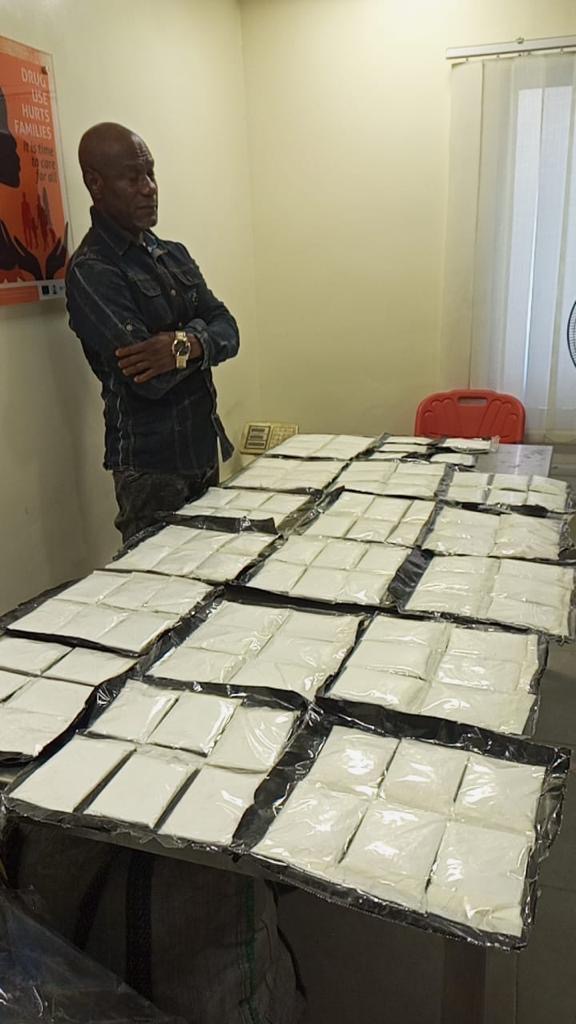 In a statement issued by the NDLEA’s spokesperson, Femi Babafemi, on Sunday, the illicit drug was brought into the country by a 52-year-old Brazilian returnee, Akudirinwa Hilary Uchenna, who hails from Oru East Local Government area of Imo state.

According to Babafemi, the suspect, Akudirinwa was arrested on Saturday 9th April at the D-Arrival Hall of the Lagos airport upon his return from Sao Paulo, Brazil via Doha aboard a Qatar Airline flight, while the 101 parcels of the class

“A drug with a gross weight of 13.2 kilograms was recovered from his only check-in bag. During a preliminary interview, Uchenna who claimed to be a carpenter confessed that he was to be paid N5million for trafficking the drug after successfully delivering the consignment in Lagos,” Babafemi said.

In a related development, big pellets of skunk concealed in detergent containers were intercepted at the Akanu Ibiam International Airport, Enugu. 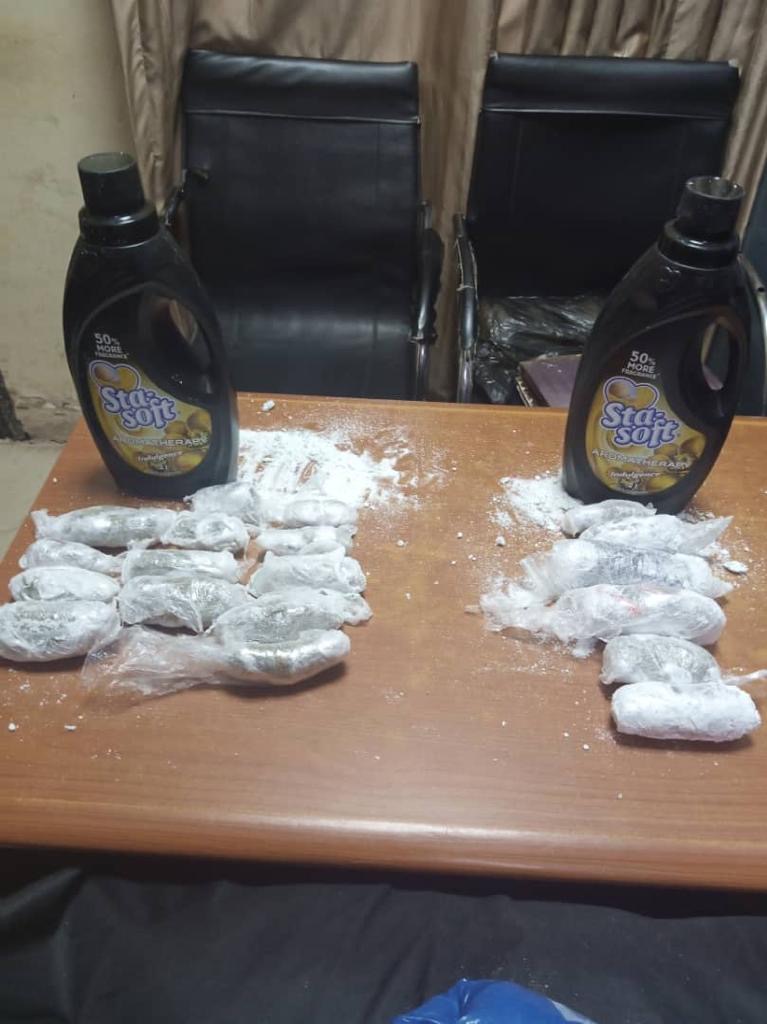 “In Edo state, a 24-year-old drug dealer Christian John was arrested by NDLEA operatives in Egbeta, Ovia North East LGA for selling assorted illicit drugs which include sachets of drugged Milo beverage, cannabis sativa, swinol and tramadol tablets, while in Zamfara state, one Chibuzor Uba, 30, was arrested on Friday 8th April with 1,955 ampules of pentazocine at Kaura Namoda area of Zamfara state. 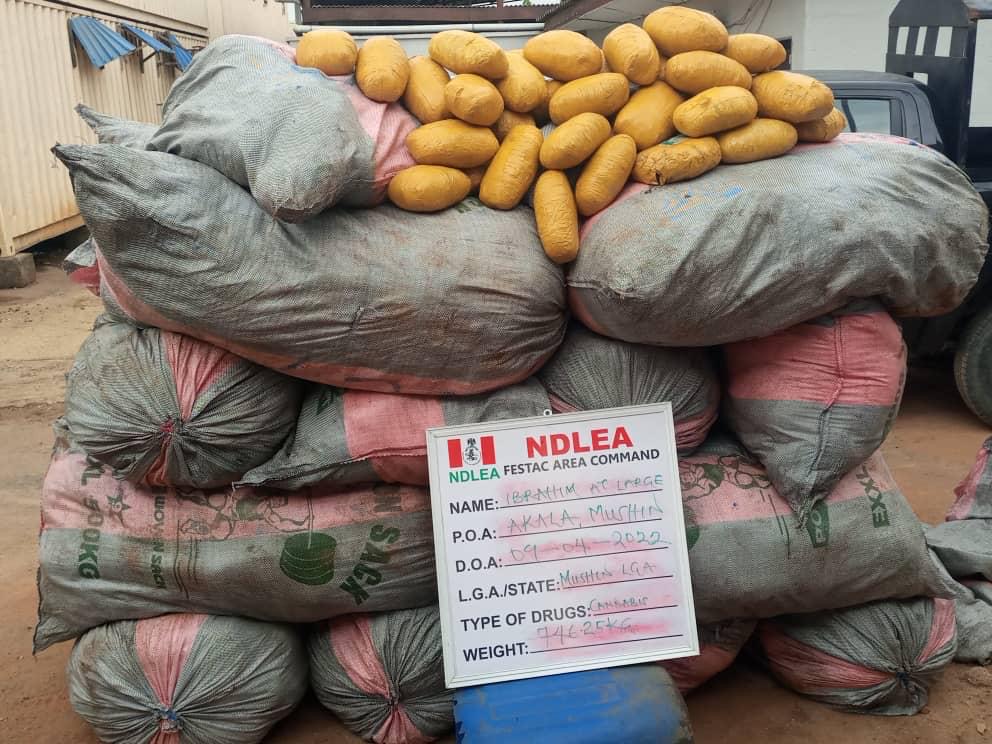 “The suspect who hails from Ihiala, Anambra state was nabbed with 11,190 tablets of Tramadol during the outward clearance of passengers travelling to Cameroon.

“In Ondo state, a drug dealer who produces and sells skuchies, Oluwaseun Agboola, 25, was arrested on Thursday 7th April, at his Igoba, Second Gate, Akure residence where 73 bottles of skuchies weighing 77kg stocked in his kitchen were recovered. Skuchies are usually a mixture of Tramadol, Cannabis sativa, Codeine, Black Currant (popularly called Zobo) and water. 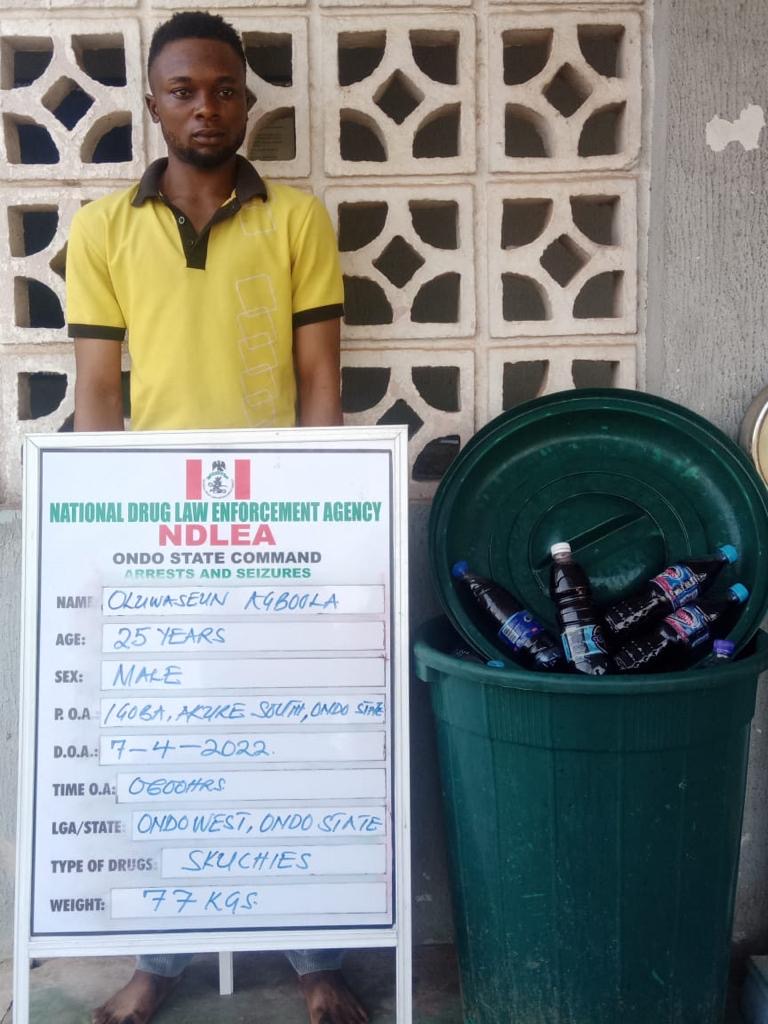 “In Lagos, an early morning raid in the notorious Akala, Mushin area of the state on Saturday 9th April led to the seizure of 746.25 kilograms of cannabis,” Babafemi said.