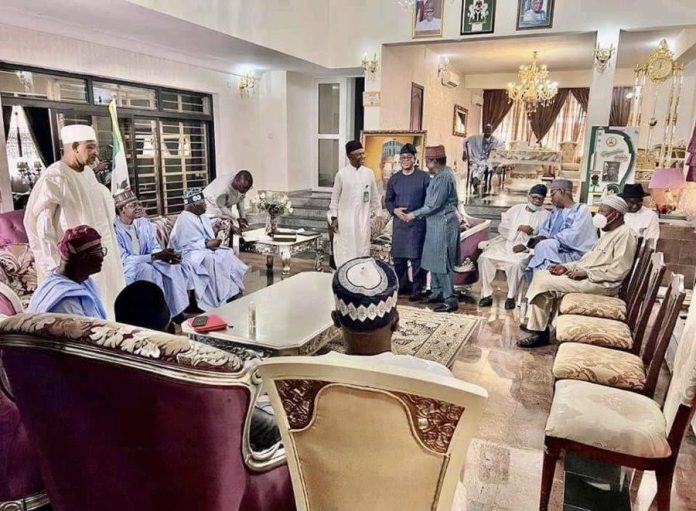 The National Leader of the All Progressives Congress and presidential aspirant, Bola Tinubu, on Monday met with members of the Progressives Governors Forum.

The meeting, according to reports, is currently being held at the Kebbi State Governor’s Lodge, Asokoro, Abuja.

Osinbajo had also met with some All Progressives Congress governors on Sunday in Abuja, hosting them for the breaking of the Ramadan fast (Iftar).
He was said to have declared his ambition to the gathering, seeking their support.

AF24ness gather from a reliable source that “about 14 APC governors were meeting with Tinubu as of Monday morning”.

Tinubu had a few months ago informed President Muhammadu Buhari of his intention to also contest for President in 2023.

The former Lagos governor had described the Presidency as his lifelong ambition, saying he would like to step into Buhari’s shoes and not on his toes.

Osinbajo was the Commissioner for Justice and Attorney General of Lagos when Tinubu was the state governor, prompting some people, especially those in Tinubu’s camp to describe Osinbajo’s declaration as a betrayal.