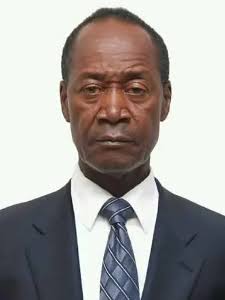 According to TheWill gathered that Makoju, a former managing director of Dangote Cement, died at the Nizamiye hospital in Abuja, on Monday morning from a heart-related issue.

He was also the Special Adviser to the President/Chief Executive, Dangote Group, Aliko Dangote from 2009 to 2018.

Makoju retired as the Group Managing Director/ CEO of the Dangote Cement PLC; on 31st January 2020, a position he has held since April 2018.

Makoju was appointed consecutively as Special Adviser to three presidents of Nigeria.

He was pioneer Chairman of the Board of the West African Power Pool for eight years and remained until death, an Honorary Member of the board.

He was also Chairman of the Cement Manufacturers Association of Nigeria (CMAN).

Mr Makoju belongs to several professional bodies including the Nigerian Society of Engineers, Nigerian Institute of Management and British Institute of Mechanical Engineers.