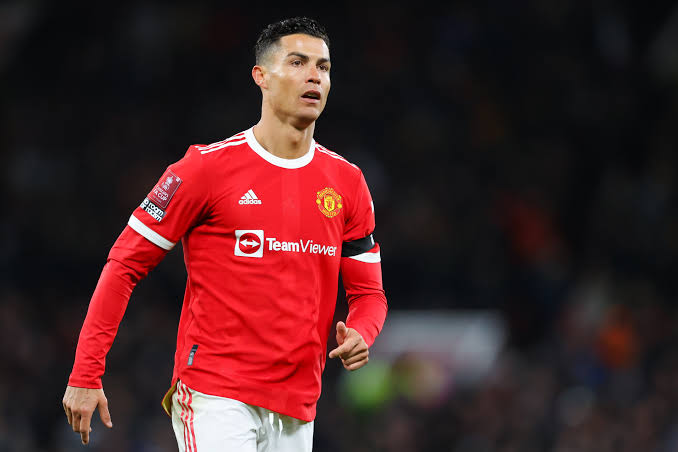 Cristiano Ronaldo and his partner Georgina Rodriguez have been comforted by her older sister Ivana following the tragic death of their baby boy.

The Manchester United star and his partner confirmed the heartbreaking news on Monday, describing their newborn baby boy as an “angel” while adding that their baby daughter was giving the two “strength” amid the emotional pain. Ronaldo will miss his side’s Premier League match at Liverpool on Tuesday night following the news.

Georgina’s sister Ivana Rodriguez was in Manchester this weekend with her four-month-old daughter Deva. Ivana became a mum for the first time last November with Spanish boyfriend Carlos Garcia and was part of Ronaldo’s family gathering this weekend as he celebrated netting a hat-trick for United in their win over Norwich.

Iva lives in the northern Spanish city of Gijon with her boyfriend but had visited her younger sister in the UK and is now comforting the heartbroken family. Edu Aguirre, a Spanish sports journalist who is a close friend of Ronaldo and whose partner Julia Salmean is close to Georgina, was also with the family over the weekend.

In a heartbreaking statement on Monday evening, the 37-year-old Manchester United forward, on behalf of himself and partner Georgina Rodriguez said: “It is with our deepest sadness that we announce the passing of our baby boy. It’s the greatest pain any parent can feel. Only the birth of our baby girl gives us the strength to live this moment with some hope and happiness.

“We would like to thank the doctors and nurses for all their expert care and support. We are all devastated at this loss and we kindly ask for privacy at this very difficult time. Our baby boy, you are our angel. We will always love you. Cristiano Ronaldo and Georgina Rodriguez.”

Ronaldo’s sister Katia Aveiro posted an emotional open letter to her brother on Instagram on Monday evening after the news, referencing the death of their father in 2005: “I love you and my heart is with you over there. May God take care of you and strengthen your path more and more. Our angel is already on father’s lap. And our little girl is there firm and strong and full of health and is going to show us with every day that only love matters.”

Ronaldo had penned heartbreaking messages to his son before his birth. Announcing their happy news back in October, Ronaldo shared a relaxed photo of them in bed with their scan. They captioned it: “Delighted to announce we are expecting twins. Our hearts are full of love – we can’t wait to meet you.” They used baby and heart emojis and a blessed hashtag.

At Christmas, they shared another moving family moment on social media – the gender reveal. Ronaldo captioned the video: “Where life begins and love never ends” with six heart emojis and the hashtag blessed as the two babies genders were revealed, with the footballer’s four other children involved. Just two weeks ago he took to Instagram to share a family photo, with Georgina’s beautiful bump on display. He captioned the beautiful snap: “Family is everything”.

Marcus Rashford has also led the response from his Man Utd team-mates in sending messages of support. The forward said: “Thoughts are with you and Georgina brother. I’m so sorry.” David de Gea also posted a heart in response to Ronaldo’s post. That followed United as a club stating their support, saying: “Your pain is our pain. Sending love and strength to you and the family at this time.”