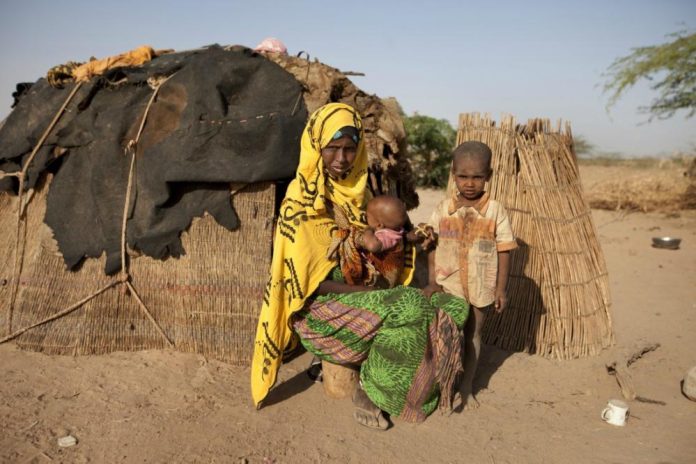 The United Nations Children’s Fund (UNICEF) on Friday said it had revised its emergency appeal from 119million dollars to nearly $250 million.

It said that it revised its appeal in order to help millions of children facing severe drought in the Horn of Africa.

UNICEF warned that the number of children facing severe drought conditions across the region had increased by more than 40 per cent in a space of two months.

“If we don’t act now, we will see an avalanche of deaths of children in a matter of weeks.

“ Famine is just around the corner,’’ Mohamed M. Fall, the UNICEF Regional Director for Eastern and Southern Africa, said in a statement issued in the Kenyan capital, Nairobi.

The agency said that between February and April, the number of children facing the impact of drought including acute hunger, malnutrition and thirst had increased from 7.25 million to at least 10 million.

According to UNICEF, within the past two months across the Horn of Africa, the number of households without access to reliable clean and safe water has almost doubled from 5.6million to 10.5mmillion.

READ ALSO: One million children across 3 African countries have received malaria vaccine – WHO

While the number of people classified as suffering from food insecurity had risen from 9 million to 16 million, the statement stated.

It said that the number of out-of-school children had remained disturbingly high at 15million with an additional 1.1 million children being at risk of dropping out of school,, adding that thousands of schools already were lacking access to good water.

UNICEF said that the climate-induced emergency across the Horn of Africa had remained the worst drought the region had experienced in 40 years.

“Three consecutive dry seasons have driven hundreds of thousands of people from their homes, killed vast swathes of livestock and crops, fuelled malnutrition and increased the risk of disease,’’ it said.

UNICEF said more than 81,000 children in Somalia would be at risk of famine by the end of June if the fourth consecutive rainy season should fail, and that food prices would continue to rise sharply if humanitarian assistance is not stepped up.

It added that more than 1.7 million children across Ethiopia, Kenya and Somalia required urgent treatment for severe acute malnutrition and warned that if rains should fail in the coming weeks, this figure would rise to 2million.

“We need to act now to save children’s lives and also to protect childhoods.

“ Children are losing their homes, their education and their rights to grow up safe from harm. They deserve the world’s attention now,’’ Fall said.