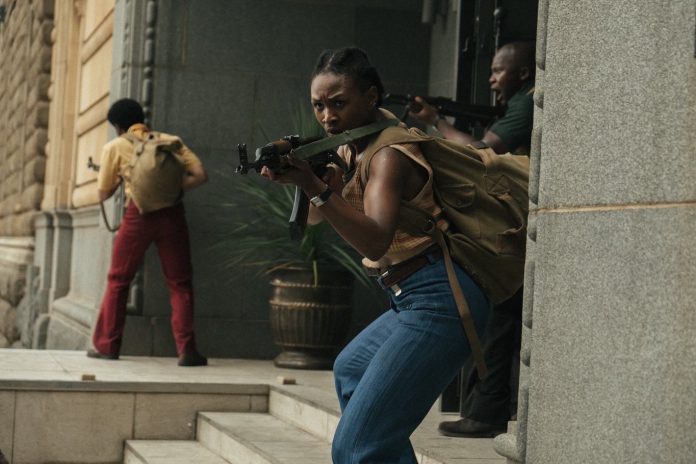 Folks around the world will be enjoying an extended weekend due to the International Workers’ Day and AF24News came through again to provide a shortlist of some of the latest movies and shows to occupy yourselves with before heading back to work later this week.

Silverton Seige is a South African action movie that follows three young freedom fighters who seek refuge in a South African bank in Silverton, taking the bank and its customers hostage in exchange for the release of Nelson Mandela.

The Mandla Dube film, inspired by real events, is now available on Netflix.

Oprah + Viola is a new Netflix special session that features mega-famous television host Oprah Winfrey as she interviews Oscar-winning actress Viola Davis about her memoir, `Finding Me’, in which she shares memories of a childhood marked by poverty and abuse.

Oprah + Viola is available on Netflix.

Neeson plays Alex, an expert assassin, who refuses to complete a job for a dangerous criminal organization. His decision, however, is costly, as he becomes a target. FBI agents and Mexican intelligence are brought in to investigate the trail of bodies, leading them closer to Alex. With the crime syndicate and FBI in hot pursuit, Alex has the skills to stay ahead, except for one thing: he is struggling with severe memory loss, affecting his every move. Alex must question his every action and whom he can ultimately trust.

Memory, released April 29 (Nigeria), is currently showing in cinemas around.

Strangers is a Nollywood drama directed by Biodun Stephen. The story follows the life of a remote village boy, untamed by civilization, who is hit by a life-threatening illness that changes the course of his life.

Strangers, released April 29 (Nigeria), is currently showing in cinemas around the country.

Fantastic Beasts: The Secrets of Dumbledore

In this instalment, Professor Albus Dumbledore assembles an intrepid team of wizards to stop dark wizard Gellert Grindewald from seizing control of the wizarding world. As the theme of the series depicts, the team encounters an array of old and new beasts as they clash with Grindelwald’s growing legion of followers.

Fantastic Beasts: The Secrets of Dumbledore is showing in theatres around.