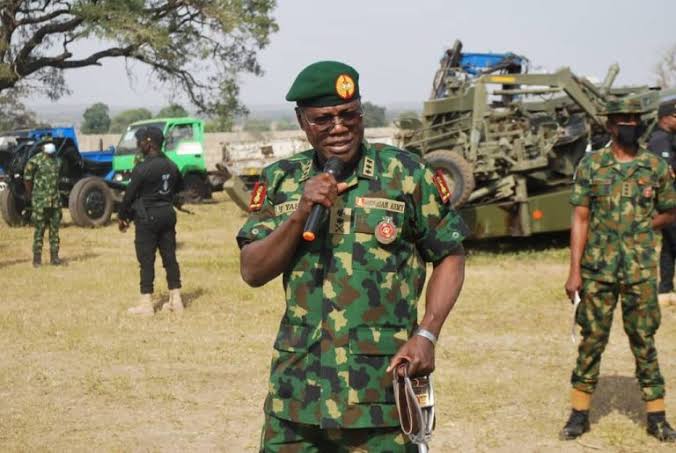 The Chief of Army Staff, Lt Gen Faruk Yahaya, has charged troops of Operation Hadarin Daji to eliminate terrorists from wherever they may be hiding across the country.

Yahaya further charged the troops to kill the terrorists and bring in their weapons so as to send a strong signal that it is no longer business as usual.

He said the only Sallah gift he was expecting from the troops on the field is the news of the death of terrorists in their camps.

Yahaya stated this when hosting troops of Operation Hadarin Daji to a dinner in the Isa Local Government Area of Sokoto State on Tuesday.

Speaking in an interview with journalists, Yahaya said with the new barracks located in the zone which is believed to be the enclave of terrorism in the state, peace would be restored to the state.

He said the barracks, which is the third barracks in the state, would not only provide additional back up to the soldiers but also provide accommodation and other logistics for the troops.

Yahaya said with the request for deployment of additional troops to the zone, the new barracks would help more troops to be on ground to neutralise terrorism in the state.