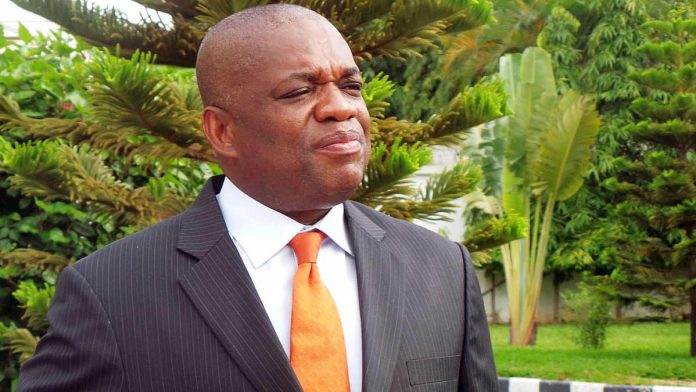 Recall the reports that Clark had taken Kalu to the cleaners, describing him as a “traitor”.

Pa Clark accused the former Abia Governor of betraying the Igbo cause. He said that he doubted his sincerity and transparency of Kalu.

Responding to Clark’s criticism on his verified Facebook page, Kalu wondered why Clark didn’t call the majority of other Southerners including governors working against the South-East to order.

The post read, “It is imperative I remind him that I didn’t betray my people, rather I am doing my best to reintegrate them into mainstream politics.

“In the last two years, I have been at the forefront agitating for a Nigerian President of South-East extraction, when most of them were all saying ‘Southern Presidency’. None of these actors openly said the South-East geo-political zone should have it. I was shocked that even the zone the entire South-East supported in unity including myself in 2011 and 2015 respectively, has the highest number of contestants without thinking of their brothers, knowing fully well that the South-East zone has remained the only zone in Southern Nigeria that has not produced the nation’s president since the rotation convention dispensation that began in 1999.

READ ALSO: 2023: Orji Kalu out to betray his people for selfish reason — Clark

“Coming to this late hour to support the South East is rather suspicious to me if they couldn’t do it two years ago. The truth is, Chief Edwin Clark knows the South-East cannot get the ticket of any party in an open contest as it is today without a gentleman agreement to concede it to the South-East.

“It is rather surprising to me that Chief Edwin Clark didn’t call the majority of other Southerners including governors working against the South-East to order or the names he called me.

“What did you say or do when all the aspirants from South-South and South-West were buying forms to run against South Easterners who have always supported them.

“I know some people want us to keep quiet and then allow other Southerners take turn of South East. If you meant well for the South East, you could have discouraged other aspirants against running for President. Nothing stops the South supporting only presidential aspirants from the South East. The betrayers are those who don’t care about South East. We are wiser.

“Let me also inform the elder statesman that majority of the Southerners in his party (PDP) are secretly supporting a Northeasterner to succeed President Muhammadu Buhari.

“The welfare of my people is a passion that is driving me, I am not doing anything to advance my personal interest or seek personal glorification. I also lost my businesses fighting for the political interest of the Igbos. I cannot betray them now if I didn’t do it yesterday.”