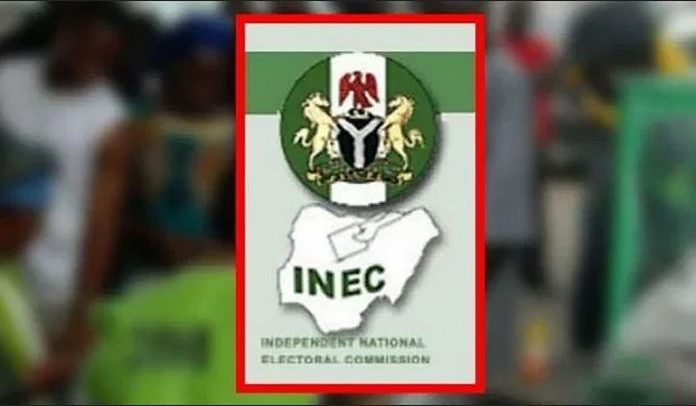 The Independent National Electoral Commission (INEC) says 7.3 million registrants are yet to complete their registration in the ongoing nationwide Continuous Voter Registration (CVR).

The INEC Director of Information and Communications Technology, Mr Chidi Nwafor, said this when he made a presentation on the CVR at the commission’s quarterly meeting with the media in Abuja on Thursday.

Nwafor said that where many Nigerians had taken advantage of the CRV saying, however, INEC observed a large number of pending uncompleted registrations in its system.

Nwafor also said that after analysing the CVR registration, INEC discovered that a total of 1,126,359 records of the registration were multiples, representing 44.6 per cent of the total registration.

He said that the highest was in Bayelsa with 67.1 per cent, and the lowest was in Lagos State with 28.4 per cent.

Nwafor said that the commission had tried reaching out to all registrants via SMS or email on their registration status.

“The critical thing we are doing now is that you can register in any part of the country. You don’t have to go to your political ward before you register or complete your registration.

“All you need to do is to walk into any of our offices and do your registration. We will transfer your details to the appropriate polling unit of your choice,” Yakubu said.

The INEC chairman urged the media to continue to sensitise Nigerians on the need to register or complete their registrations and sensitise them to the closing date for CVR.

Yakubu also said that INEC was also working on redistributing voters to polling units to ensure that no polling unit has zero voters.

While there are no zero polling units in Osun, Nwafor said the commission was working to ensure a balanced population in the polling units.

“Looking at Ekiti and Osun, we are determined that there will not be polling units without voters.

“We are working on the two states, and thereafter we will take up the challenge of populating or balancing polling units across the country ahead of 2023 general elections,” he said.

Yakubu called for media support to balance polling units across the country.

He advised the media and Nigerians to pay attention to the provisions of the new Electoral Act, especially regarding the conduct of local government elections.

“The new act says it shall be conducted into the manner INEC conducted area council elections,” he said.

Yakubu added that the commission monitored the political parties’ finances while also working with the Economic and Financial Crimes Commission (EFCC) to address vote-buying.

The INEC chairman also hinted that the commission was looking for avenues for alternative safe keep of election sensitive materials, following the involvement of top-ranking management staff of the Central Bank of Nigeria in politics.

“We are aware of the situation, and we are watching. We still have nine months.

“But whatever is the case, be rest assured that we will not jeopardise the process of the election by creating a perception that would affect the credibility of our elections,” Yakubu said.

He said that as of May 6, all political parties have complied with the requirements urging them to submit hard and soft photocopies of their membership register to INEC not less than 30days before their primary elections.

Yakubu said that INEC was processing applications submitted by media organisations for accreditation concerning the Ekiti and Osun Governorship elections.

“I wish to reassure you that all applications will be carefully considered and expeditiously treated.

“The commission will also work with the security agencies to ensure the safety and security of journalists and their unimpeded access to all voting and collation locations during the election.

Yakubu reiterated the commission’s commitment to the conduct of free, fair and credible elections in the country.