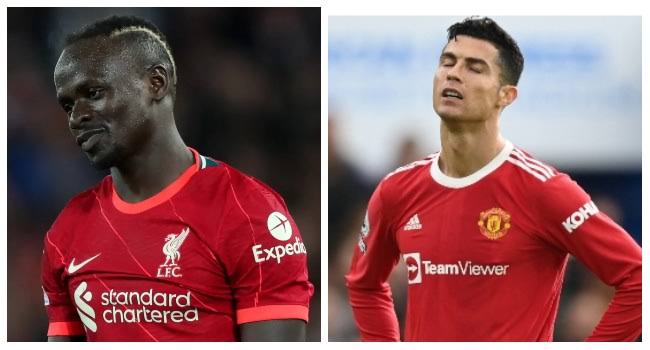 Ronaldo, who won the Premier League Player of the Month for April, and Mane – a key man in Liverpool’s quadruple-chasing side – did not make the cut in a list that included Arsenal youngster Bukayo Saka.

The five-time Ballon d’Or winner has been a shining light in United’s dismal season with 18 goals in 30 league matches. He has also twice been named as the Premier League’s player of the month. Similarly, the Senegalese star has scored 15 goals in 33 league appearances as the Anfield club bid for the unprecedented quadruple. His Liverpool teammates Mohammed Salah and Trent Alexander-Arnold have been important to Jurgen Klopp team’s blistering form this season.

Salah, who was 2017/18 EA SPORTS Player of the Season and also the leader in the Golden Boot race with 22 goals, was shortlisted for the prize. Arnold, on the other hand, has contributed at both ends of the pitch, dominating the right flank for the second-best defence in 2021/22 as well as scoring two goals and setting up 12 more, the second-most of all players.

The shortlist also included Manchester City’s Kevin De Bruyne and Jaoa Cancelo. Both have also been vital to

Guardiola’s dream of lifting a consecutive Premier League title. The 2019/20 winner is aiming to be only the fourth player to claim more than one EA SPORTS Player of the Season award.

Tottenham’s Son Heung-min, who has been important to the side’s resurgence with 21 goals – only one behind Salah in the Golden Boot race – is also in the running for the top award.

Having been a key part of a top-four chasing Arsenal, Saka’s contributions to the Gunners this season were rewarded with a nomination.

Also included in the shortlist is Jarrod Bowen. He is the second West Ham United player to reach double figures for both goals and assists in a Premier League season. Bowen scored 10 and set up 10, justifying his inclusion on the list.

James Ward-Prowse completes the list of nominees for the award. He has been an unsung hero in the heart of the midfield for Southampton. The Saints have caught the eye with some magnificent performances leading to nine goals. Five of them came from trademark direct free-kicks.