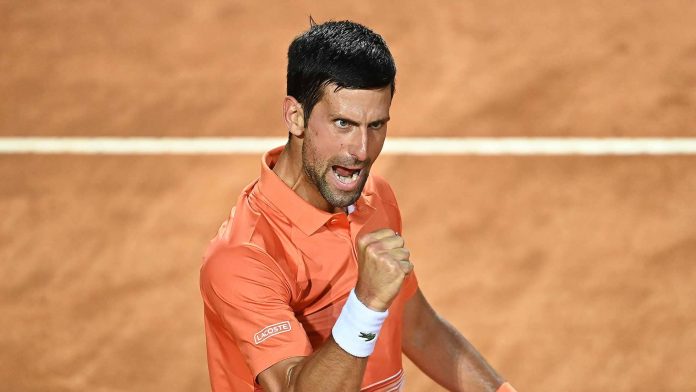 World No. 1 defeats Ruud to reach 12th Rome final Novak Djokovic earned his 1,000th tour-level win on Saturday with a dominant semi-final victory over Casper Ruud at the Internazionali BNL d’Italia. The World No. 1 was at his unplayable best for much of a 6-4, 6-3 victory, downing the fifth seed with relative ease despite a strong performance from the Norwegian.

“Thanks to the tournament and the crowd for celebrating the milestone with me,” Djokovic said in his on-court interview.

“I’ve seen Roger and Rafa celebrate those milestones in the last couple of years and I was looking forward to get to that 1,000 myself. I’m really, really blessed and privileged to have that many victories on the Tour. It’s been a long time, ever since I won my first match on the Tour. Hopefully I can keep going and many more victories to come.”

A five-time champion in Rome, the victory puts him through to his fourth straight final and 12th overall in the Italian capital. He will seek a record-extending 38th ATP Masters 1000 title in Sunday’s final against Stefanos Tsitsipas.

A dialed-in Djokovic was so hot out of the gate against Ruud that it took a fire alarm to momentarily cool him off. After he raced to a 5-1 lead with some scorching tennis on Centre Court, an inadvertent alarm siren briefly halted play.

“I thought I played very well,” Djokovic assessed. “Started fantastic, 4-0. Then I did slow down a bit. I did drop my level and I wasn’t feeling that great on the court for about 15, 20 minutes. He used that, managed to get himself back in the first set. It was important to close it out in the 10th game, clinch the first set.”

Ruud, who was broken in his first two service games through little fault of his own, held to love for the second straight time following the interruption and then stopped Djokovic from serving out the set by converting on his first break point of the evening.

It marked the third straight time the Serbian failed to serve out a set at the first time of asking, dating back to his quarter-final victory over Felix Auger-Aliassime. But Djokovic made no mistake with the set on his racquet again at 5-4.

Set two was a tighter affair, with Ruud landing heavy blows and stunning Djokovic with several roped forehand winners in the early stages. But the Norwegian misfired one too many times in the seventh game of the set, and Djokovic capitalised on his fourth break point of a three-deuce game — the longest of the match — for the decisive breakthrough. He sealed the victory with his fourth break.

“Second set it was a close couple of games in the beginning but I always felt like I was in his service games, always had chances,” Djokovic added. “I felt I played really, really well in the first four games, the last four games of the match. Hopefully I can take that level into tomorrow’s final.”

Djokovic will next face Tsitsipas in the pair’s first ATP Head2Head meeting since the Serbian’s five-set comeback in the 2021 Roland Garros final. Their Rome title tilt is also a rematch from last year’s quarter-finals in the Italian capital, where Djokovic scored a 4-6, 7-5, 7-5 win. Djokovic leads the series 7-2, including a 4-0 mark on clay against the Greek.

“Another final against him at one of the biggest tournaments we have in the world,” Djokovic said, looking ahead to Sunday evening. “He’s definitely in form. The last few years he’s been [one of the] top two, three clay-court players. In general, top two, three in the world.

“But especially on the clay court, winning Monte Carlo, always reaching the final stages of the biggest events on clay. I can expect a big battle on the court, but I’m ready for it.”