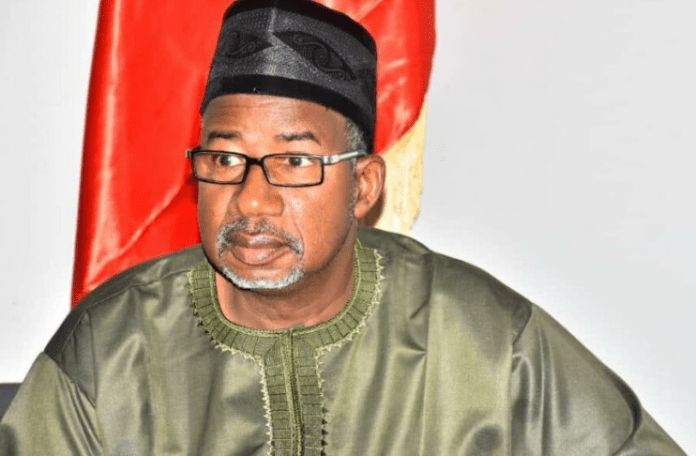 Bala Mohammed, governor of Bauchi and presidential hopeful on the platform of the Peoples Democratic Party, PDP, says he would run an inclusive government if given the party’s mandate and wins the 2023 presidential election.

Bala said this while addressing hundreds of party delegates from FCT, Anambra, Ebonyi and Enugu states on Friday.

According to the party’s timetable, the national convention to elect the party’s presidential candidate will take place on May 28.

In a statement signed by Udenta O. Udenta, the acting director-general of the Bala Mohammed presidential campaign group, the presidential hopeful called on the delegates to join him in retrieving, rescuing and renovating the country with knowledge-based solutions.

“We are delighted by the enthusiasm and cooperation expressed by the delegates of FCT, Enugu, Anambra and Ebonyi,” he said.

“It’s incredible how the delegates effortlessly connect with my powerful message of hope and national recovery with each region and group contributing their quota to that effort. My presidential campaign is an unstoppable movement with no doubt about it.”

If given the party’s mandate, Bala said he will help in tackling the myriads of problems facing the country.

“I am a visionary leader who is fully prepared for national sacrifice, who is tried and trusted and whose compelling life journey and exposure as a journalist, civil servant, senator, minister and governor have equipped me with the skills set to tackle the myriad of frightening problems this clueless APC administration has bequeathed to the nation,” he added.

“Under my watch as the president, I will leverage the nationalistic instincts inherent in Nigerian citizens to drive national development both from the individual and from the community in a vertical and horizontal manner.”