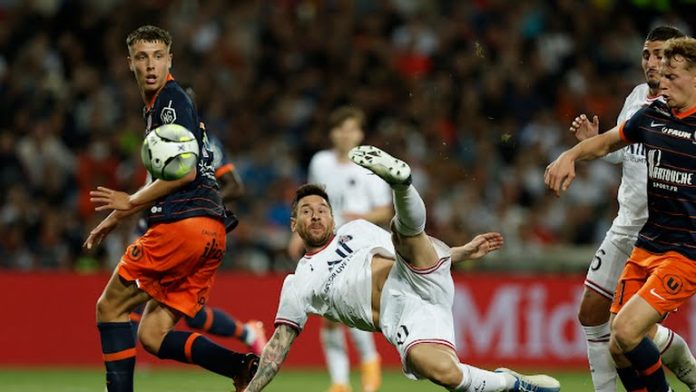 PSG ended their three-game winless streak with an emphatic 4-0 victory over Montpellier on Saturday as Lionel Messi and Kylian Mbappé were on electric form.

The pre-match festivities paid homage to Montpellier’s historic Ligue 1 title-winning season a decade ago, but it was PSG that were left celebrating as the hosts couldn’t contain Les Parisiens attacking threat.

Kylian Mbappé was lively throughout the encounter, setting up Lionel Messi twice in the first twenty minutes before scoring from the penalty spot later on.

The second goal was the standout of Messi’s two. Mbappé played a sumptuous pass with the outside of his boot to the Argentina international who rounded the keeper to double PSG’s advantage and his personal tally.

Mbappé was involved again for PSG’s third goal. The 23-year-old’s cross was only half-cleared by the Montpellier defence before an onrushing Ángel Di María volleyed home to put the game beyond doubt.

A 60th-minute penalty, which he won, rounded off an exquisite individual performance by one of the world’s best footballers.

Messi was close to completing his hat-trick with an acrobatic effort 10-minutes from time but the champions had to settle for a 4-0 win heading into the final game.