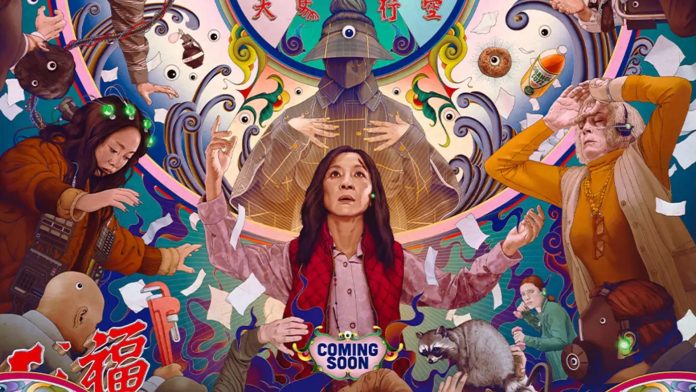 Another weekend, another opportunity to unwind. Most of us have seen the latest movies, or the ones everyone is buzzing about now (Dr. Strange and the Multiverse of Madness, I’m talking to you). And if you haven’t, you’ve probably heard the entire plot already from your spoiling friends. So, as the custom is, AF24NEWS prepared another list of newly released movies and shows for you to watch this weekend.

The Perfect Arrangement is a Nollywood drama directed by Chinaza Onuzo. The plot follows Tade, a free-spirited scion of a respected political family, enclosed in a love triangle after developing feelings for her ex, Chidi (Pere Egbi), and her best friend Cheta (Bovi Ugboma), not knowing both are brothers.

The Perfect Arrangement is showing in cinemas around (Nigeria).

Everything Everywhere All at Once

Everything Everywhere All at Once is an absurdist comedy-drama that follows a Chinese-American woman who connects with parallel universe versions of herself to prevent a powerful being from destroying the multiverse. The movie is a blend of science fiction, fantasy, action, and animation.

Everything Everywhere All at Once is now available in cinemas around.

Hold on to your seats for this one.

Netflix’s new documentary Our Father tells a true story of a fertility specialist in Indiana named Dr Donald Cline, who inseminated dozens of patients with his sperm without their knowledge or consent.

Our Father is now available on Netflix.

Savage Beauty is a South African soap drama about a tale of revenge that also touches on serious issues like classism, colourism, and other issues involved in marketing beauty products to women.

The plot follows a woman seeking revenge for her tragic past. She embeds herself in a powerful family that possesses a global beauty empire and dark secrets.

Savage Beauty is available on Netflix.

Along for the Ride

Along for the Ride is a film adaptation of Sarah Dessen’s 2009 novel of the same title. The Hollywood drama follows two insomniacs, Auden and Eli, who embark on nightly quests to help Auden experience the fun, carefree life she never thought she wanted.

Along for the Ride is available on Netflix.