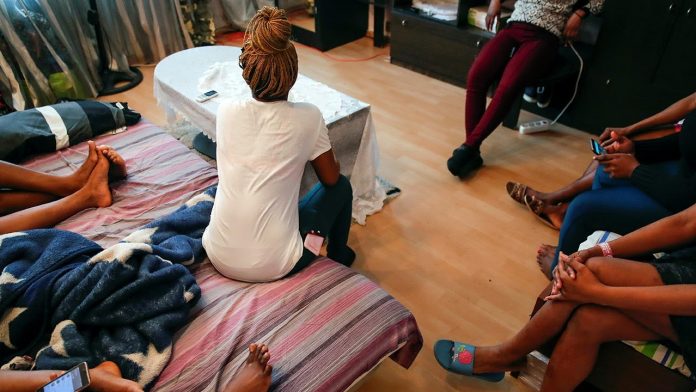 The National Agency for the Prohibition of Trafficking in Persons (NAPTIP) says it has secured a five-year jail term against one Mrs Mercy Owuzo, who specialised in human trafficking.

The Zonal Commander of NAPTIP, Mr Nduka Nwanwenne, disclosed this in an interview with agency reporters in Benin on Wednesday.

According to him, the woman was convicted by Justice Nnamdi Dimgba of the Federal High Court, Asaba, in charge No. FHC/ASB/14c/2020.

He said that the convict was, however, given an option of a fine to the tune of N2 million.
He said that she was arraigned by the Benin Zonal Command of the agency for organising foreign travels, “which promotes prostitution and harbouring the victims with intent to induce them into prostitution”.

Nwanwenne further said that the offence contravenes various provisions of the Trafficking in Persons Prohibition Law Enforcement and Administration Act 2015.

He said: “The convict, who resides in Dubai and Nigeria, claimed that her business involves processing visas for those who want to travel on holidays.

“She recruited two victims and promised them jobs as sales personnel in a shopping mall in Dubai.

“As soon as the victims were recruited, they were taken to a popular church in Lagos for prayers for four days, and cream and sponges were allegedly used to purify them.
“On arrival in Dubai, their passports were seized, and they were lodged in a rented apartment.

“And she demanded the sum of N5 million from each of them as sponsorship refund”.
The NAPTIP zonal boss also disclosed that in sentencing the accused, the judge hinged his decision on Section 321 of the Administration of Criminal Justice Act, 2015, which empowers it to order restitution and compensation.

He said: “Consequently, the convict was ordered to pay a fine of N2 million in lieu of imprisonment.

“The two victims are to be given half-a-million naira each, while N1 million is to go to NAPTIP for training and awareness creation on issues of human trafficking.”