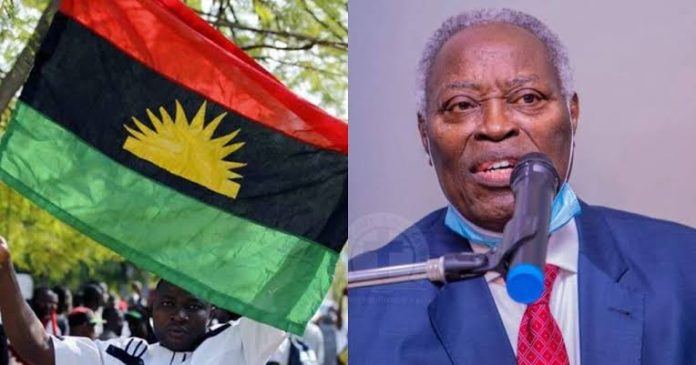 The Indigenous People of Biafra group on Thursday called on Pastor Williams Kumuyi of the Deeper Life Bible Church to abandon his planned crusade in Aba, Abia State.

Due to the instability in the South-East region, IPOB spokesman Emma Powerful warned Kumuyi to call off the planned campaign.

Powerful emphasised that IPOB will not let anyone die and that any deaths that occurred during the campaign would be put on the organisation.

The statement read, “We the global movement and family of the Indigenous People of Biafra (IPOB) ably led by our great leader Mazi Nnamdi KANU wishes to advise Pastor Kumuyi of Deeper life Ministry to take note of the security situation in the South East as he comes to Aba for his gospel crusade.

READ ALSO: Increase in evil in Nigeria worrisome to the church —Kumuyi

”Let him and the organisers of the crusade make sure that nothing happens. The security of this region is not good because of political and criminal activities; therefore we advise him to stop this crusade for security reasons.

“IPOB will not allow anyone to die because of this crusade scheduled to hold in Aba. The operation of criminals operating as unknown gunmen infiltrating the events is high and they will blame it on IPOB.

“Kumuyi should also pray against wicked Leaders and saboteurs in Biafra land and Nigeria. They are the real problems of the people. Let him use the opportunity to pray against the powers holding people captive in Nigeria in his church in Lagos.