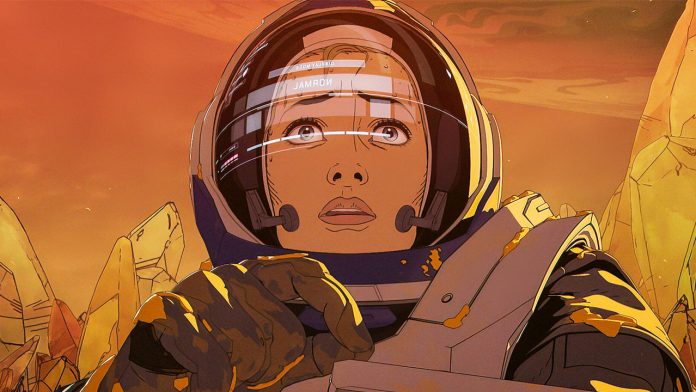 AF24NEWS has gathered a remarkably eclectic mix of interesting new movies and shows for anyone looking to catch up on any form of entertainment before Monday rolls around (yet again, *sigh*😔 ).

Ben from Downstairs is a Nollywood drama for Nigerian movie lovers who also enjoy the hot-neighbour-next-door trope.

The plot follows an independent 20-something year-old Muna who has lost interest in the dating scene. She moves into a new apartment to enjoy her single life, but Ben, her neighbour, is determined to get her attention.

Ben from Downstairs is now showing in theatres around (Nigeria).

My Next Guest Needs No Introduction with David Letterman

Yes, I know this is an odd selection, but it is a great one.

In My Next Guest Needs No Introduction with David Letterman, David Letterman, a legendary Television host, organises personal, intimate interviews with some of your favourite celebrities, unveiling a side of them that you might not see anywhere else.

There is an interview session with everyone, regardless of what your taste in pop culture celebrity is. This season features young mercurial singer Billie Eilish, hilarious Canadian actor Ryan Reynolds, formidable basketball champion Kevin Durant, and other interesting personalities.

We really recommend you give this a chance, especially if you want to cleanse the last television appearance of legendary actor Will Smith from your mind (he’s friendly, jovial and firmly seated in this one!).

My Next Guest Needs No Introduction with David Letterman is available on Netflix.

Love Death + Robots is a Netflix anthology animated series that follows the stories of…well, everything. Don’t be misled by the title. There is A LOT more than robots going on in this show. Being an anthology series (no episode is related to the other) Volume 3 will take you from a nerve-wracking trip in the middle of the ocean with monsters to the deepest parts of the forest to battle a genetically engineered grizzly bear.

Although this is a strong choice, we decided to include it for the fringe members of our readers who may be looking for something fresh, odd and exciting.

Warning: Love Death + Robots is known for its explicit language and imagery, hence a lot of the episodes in this latest volume is not suitable for anyone below the age of 18 (and even some above it to be honest).

Strange Soldier is a Nollywood action-drama movie. The plot follows a Nigerian pilot who runs into trouble after rescuing five homeless African girls. A strange Military officer comes to her aid from a Military base to help her.

Strange Soldier is currently showing in theatres around (Nigeria).

The series follows Marty Byrde, a financial planner who relocates his family from Chicago to a summer resort community in the Ozarks. With wife Wendy and their two kids in tow, Marty is on the move after a money-laundering scheme goes wrong, forcing him to pay off a substantial debt to a Mexican drug lord in order to keep his family safe.

Fans have hailed it as one of the best shows available on Netflix. If you loved Breaking Bad, this is for you, as it’s basically Breaking Bad except with a fidgety protagonist and gloomier colour grading.

Ozark Season 4 is available on Netflix.